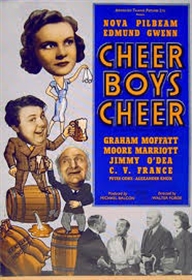 The film depicts the rivalry between two firms of brewers. Ironsides, a modern company led by the ruthless Edward Ironside and his son John, seeks territorial expansion to crush its rivals and seize control of their business. They are faced by the smaller, more gently run Greenleaf brewery which is about to celebrate its 150th anniversary.