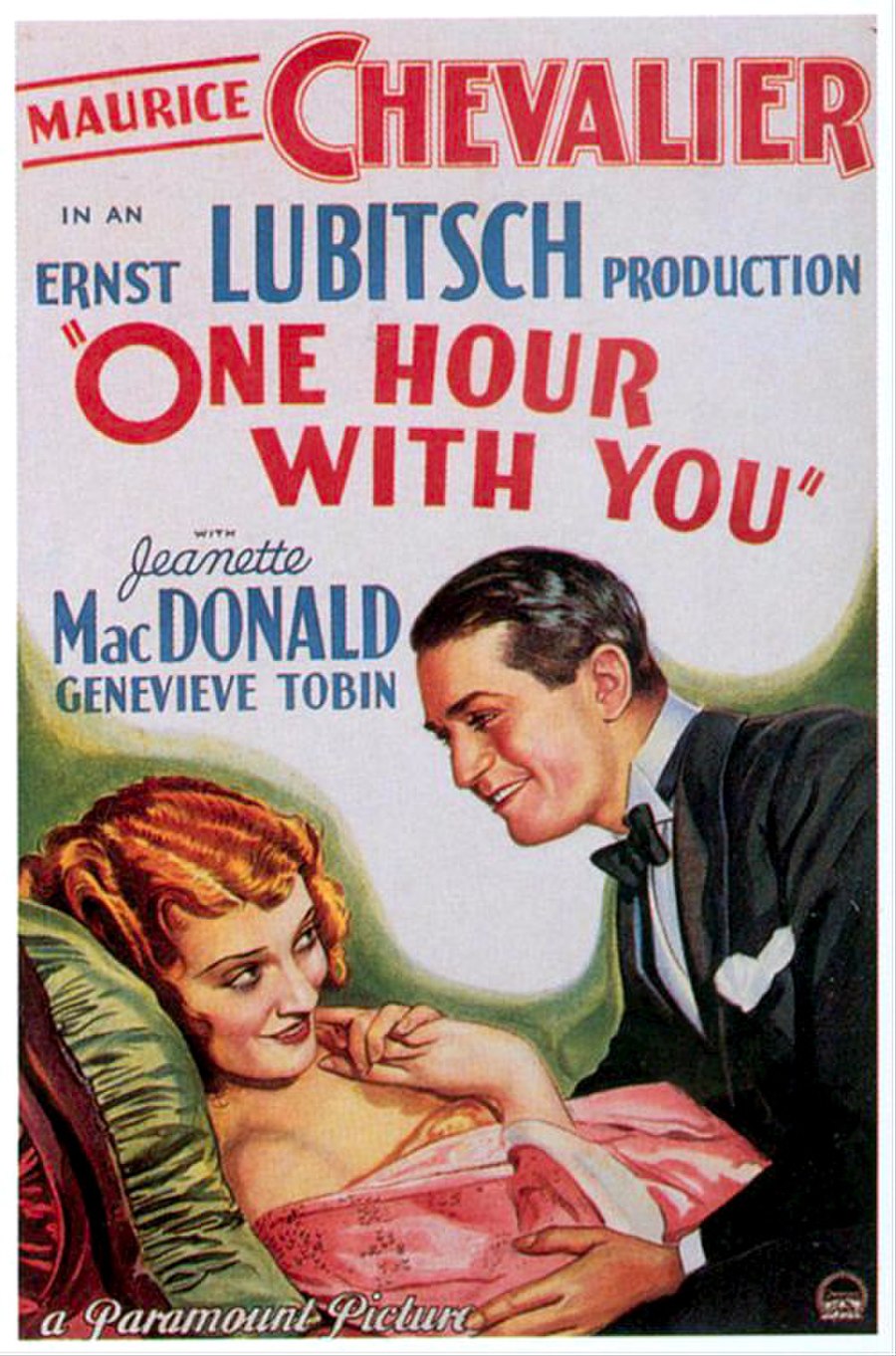 One Hour with You is a 1932 American pre-Code musical comedy film about a married couple who find themselves attracted to other people. It was produced and directed by Ernst Lubitsch "with the assistance of" George Cukor, and written by Samson Raphaelson, from the play Only a Dream by Lothar Schmidt. It stars Maurice Chevalier, Jeanette MacDonald and Genevieve Tobin and features Charlie Ruggles and Roland Young. A French-language version, called Une heure près de toi was made simultaneously, with Lili Damita playing Genevieve Tobin's role.

Parisian doctor Andre Bertier (Maurice Chevalier) is faithful to his loving wife, Colette (Jeanette MacDonald), much to the surprise of his lovely female patients. But when Colette's best friend Mitzi Olivier (Genevieve Tobin) insists upon being treated by Dr. Bertier, it looks to many of those concerned that Mitzi may succeed where the other willing ladies failed.