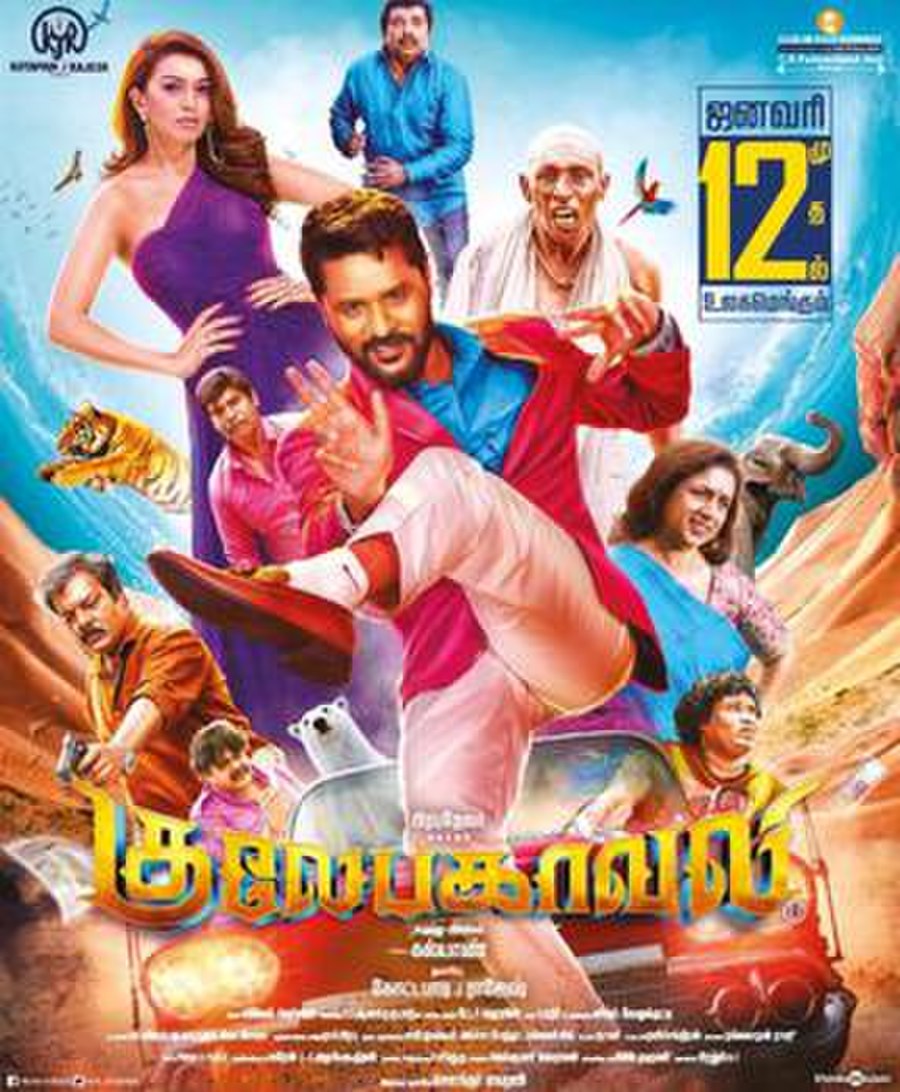 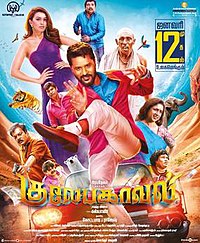 Gulaebaghavali is a 2018 Indian Tamil-language action comedy film written and directed by Kalyaan and produced by KJR Studios. The film features Prabhu Deva and Hansika Motwani in the leading roles alongside an ensemble supporting cast including Revathi, Ramdoss, Anandaraj, and Yogi Babu. Featuring music by Vivek–Mervin and cinematography by R.S.Anandakumar, the film was released on 12 January 2018. The film was dubbed into Telugu as Gulebakavali.

The story opens in the British India reign, where a British gentleman and his porter are trying to catch a ferry. On the way, however, one of the suitcases being carried by the porter falls and opens, revealing many diamonds. The porter steals some of the diamonds and sends the gentleman on his way. He hides these diamonds in a trunk, which he buries near a temple in the Gulaebaghavali village.