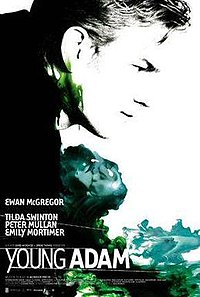 The film is set in Scotland in 1954. Shiftless young drifter Joe Taylor works on a barge which operates from Glasgow, on the River Clyde, along the Forth and Clyde and Union Canals to Edinburgh. He shares the cramped on-board living quarters with its operators, Les and Ella Gault, and their young son Jim. One day Joe and Les pull the body of a young woman, naked except for a petticoat, from the water. Via flashbacks, we learn Joe knew her, and scenes involving his relationship with office worker Cathie Dimly are juxtaposed with those set in the present time.