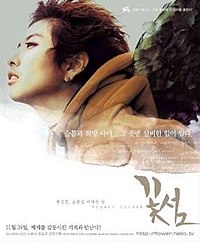 The film is in three parts. The first introduces three women who are separately suffering from their own psychological injuries. In the second part, the three women encounter each other and other people as they are each on a journey to an island reputed to have healing powers. The last third of the film deals with the characters on a boat headed to the island.