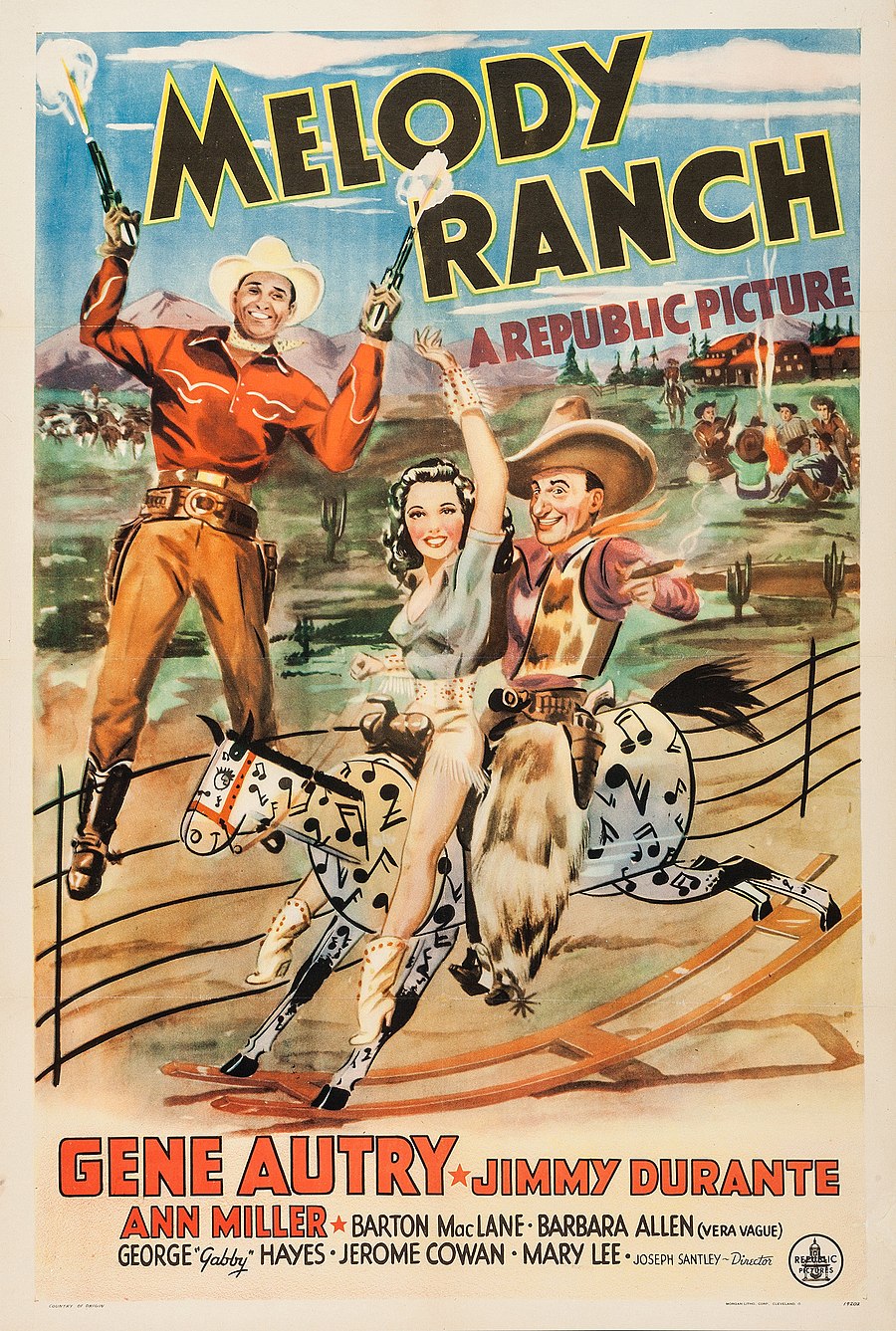 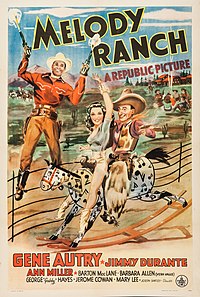 Melody Ranch is a 1940 Western musical film directed by Joseph Santley and starring Gene Autry, Jimmy Durante, and Ann Miller. Written by Jack Moffitt, F. Hugh Herbert, Bradford Ropes, and Betty Burbridge, the film is about a singing cowboy who returns to his hometown to restore order when his former childhood enemies take over the frontier town. In 2002, the film was added to the National Film Registry by the National Film Preservation Board and selected for preservation as being "culturally, historically, or aesthetically significant."

Gene Autry (Gene Autry) returns to his hometown of Torpedo as guest of honor at the Frontier Days Celebration, where he meets his childhood enemies, the Wildhack brothers—Mark (Barton MacLane), Jasper (Joe Sawyer), and Bud (Horace McMahon)—who are now local gangsters. The Wildhacks own a saloon next door to the school, and when their shooting and brawling endangers the safety of the children, Gene protests and threatens to expose them during his next radio broadcast. The Wildhacks stop the broadcast and beat Gene up.