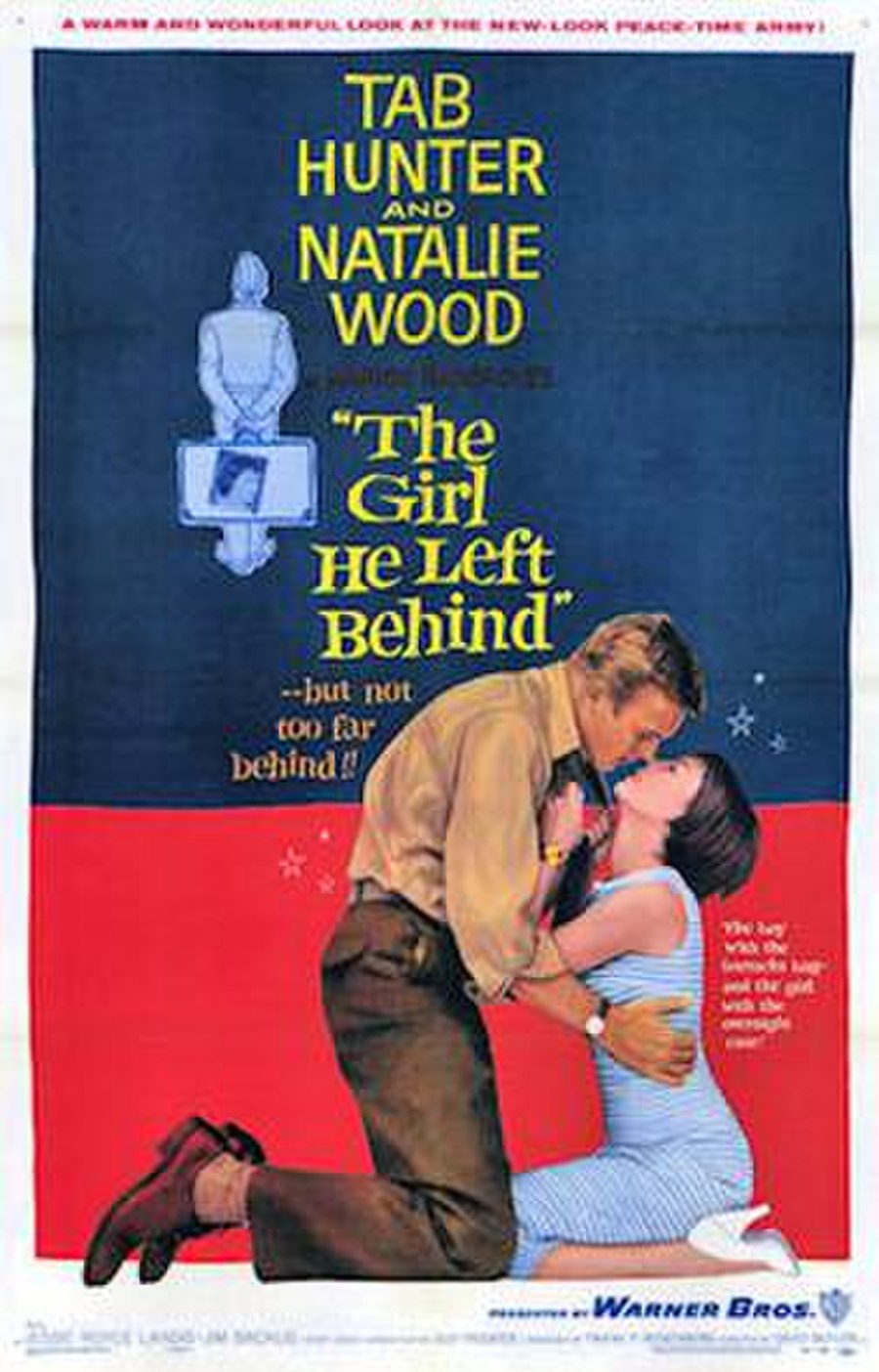 The Girl He Left Behind is a 1956 romantic comedy film starring Tab Hunter and Natalie Wood. The supporting cast includes Jim Backus, Alan King, James Garner, and David Janssen. The film was written by Guy Trosper and directed by David Butler, and was filmed at Fort Ord, California. For both Garner and King, it was their third movie.

Andy Schaeffer is a spoiled mama's boy who usually gets his way. He breezes through college, while girlfriend Susan Daniels works hard at a job to pay for her education. She isn't sure where their relationship is going. Andy's grades begin to worsen, and he's being drafted by the army. Andy reports for basic training at Fort Ord, making it clear to everybody there that he'd rather be anyplace else.