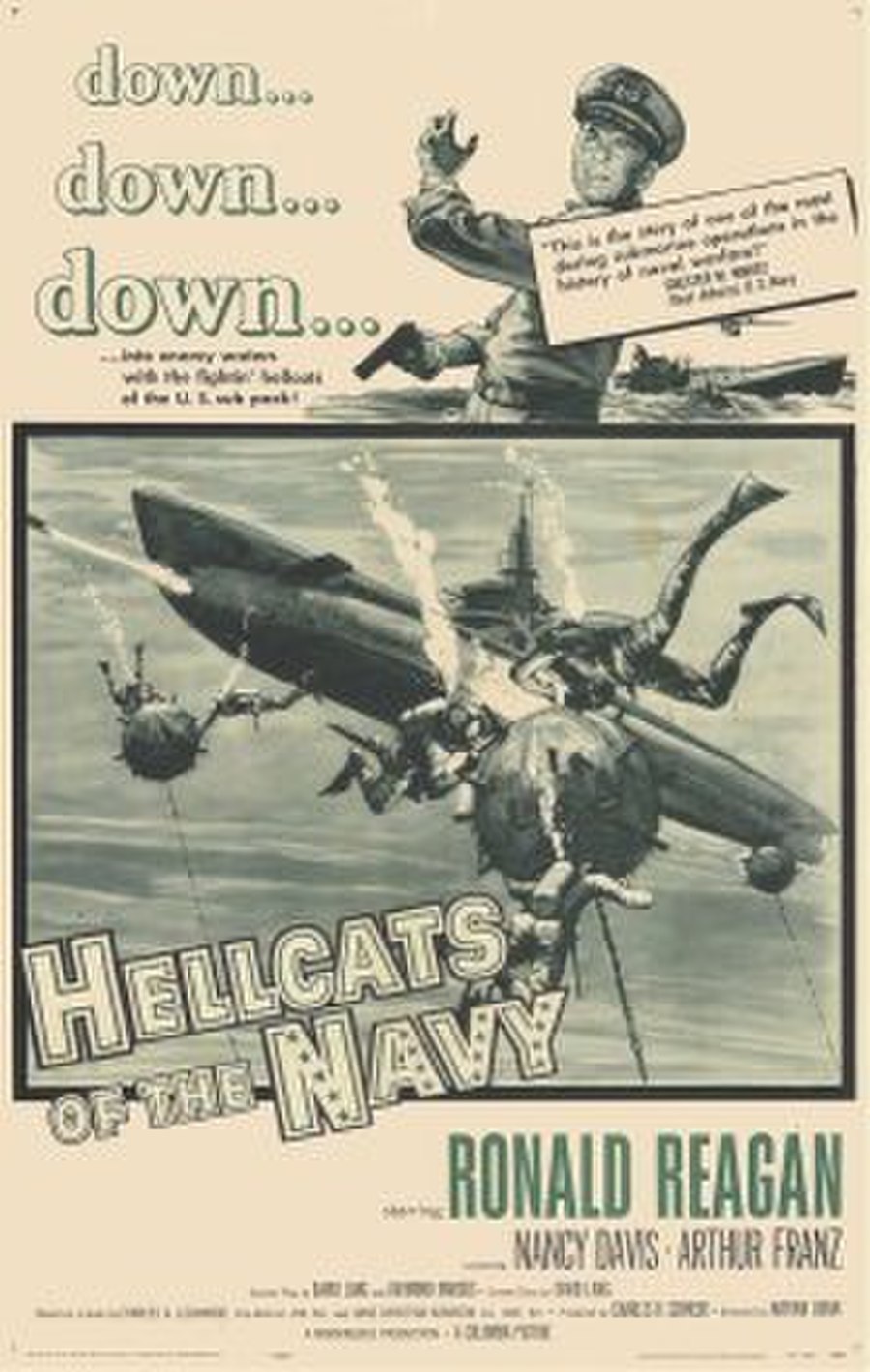 Hellcats of the Navy is a 1957 black-and-white World War II submarine film drama from Columbia Pictures, produced by Charles H. Schneer and directed by Nathan Juran. The film stars Ronald Reagan and his wife, billed under her screen name Nancy Davis, and Arthur Franz. This was the only feature film in which the Reagans acted together, either before or after their 1952 marriage.

Commander Casey Abbott (Ronald Reagan), commander of the submarine USS Starfish, is ordered to undertake a dangerous mission which sees him attempting to cut off the flow of supplies between China and Japan in the heavily mined waters off the Asiatic mainland. When a diver, who is Abbott's competitor for the affections of nurse Lieutenant Helen Blair (Nancy Davis) back home, gets into a dangerous situation, Abbott must struggle to keep his personal and professional lives separate in dealing with the crisis.