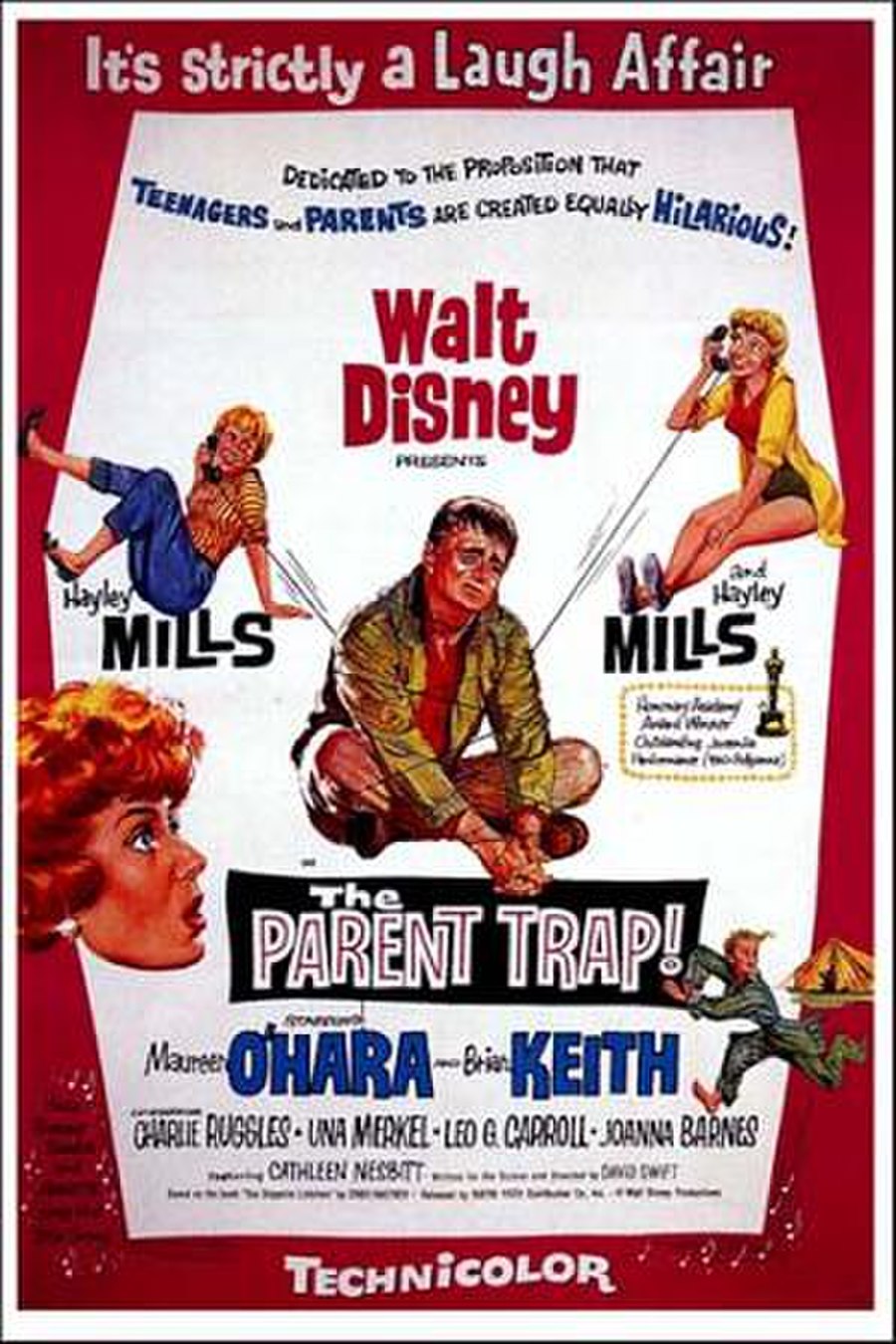 The Parent Trap (simply known as The Parent Trap: A Laugh Affair) is a 1961 Walt Disney Technicolor romantic comedy film directed by David Swift. It stars Hayley Mills (in a dual role), Maureen O'Hara and Brian Keith is a story about teenage twins on a quest to reunite their divorced parents. The screenplay by the film's director David Swift was based upon the 1949 book Lottie and Lisa (German: ) by Erich Kästner. The Parent Trap was nominated for two Academy Awards, was broadcast on television, saw three television sequels, was remade in 1998 with Lindsay Lohan, and has been released on digital stereo LaserDisc format in 1986 as well as VHS and DVD in 2002.

Identical twins Sharon McKendrick and Susan Evers (Hayley Mills) meet at Miss Inch's Summer Camp for Girls, unaware that they are sisters. Their identical appearance initially creates rivalry, and they pull pranks on each other, culminating in the camp dance being ruined. As punishment, Miss Inch decides that they must live together in the isolated "Serendipity" cabin (and eat together at an "Isolation Table") for the remainder of the camp season. After discovering that they both come from single-parent homes, they soon realize they are twin sisters and that their parents, Mitchell "Mitch" Evers (Brian Keith) and Margaret "Maggie" McKendrick (Maureen O'Hara), divorced shortly after their birth, with each parent having custody of one of them. The twins, each eager to meet the parent she never knew, decide to switch places. Susan gives Sharon a matching haircut and teaches her how to bite her nails, and they also take a crash-course getting to know each other's personalities and character traits so as to fool the parents.