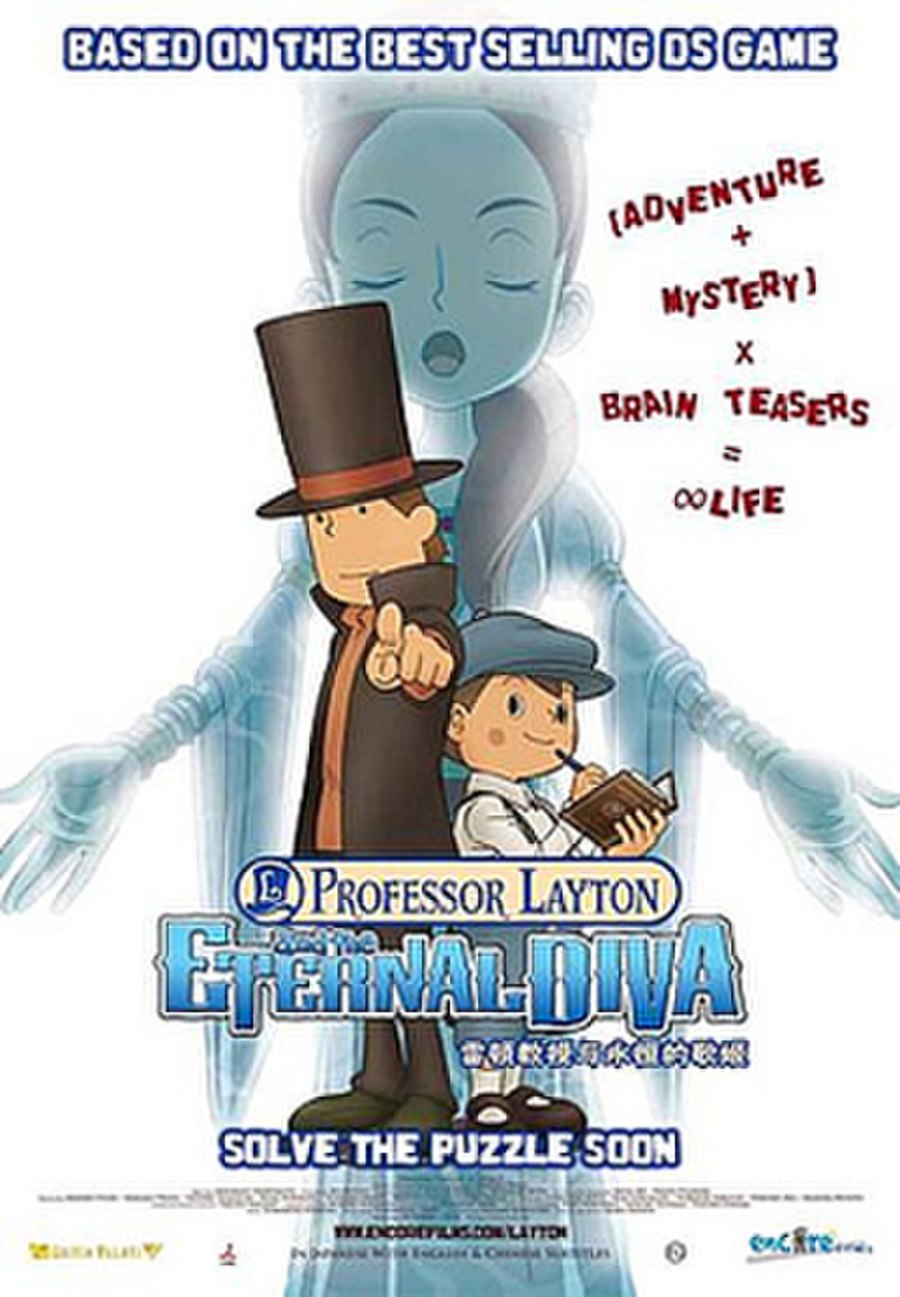 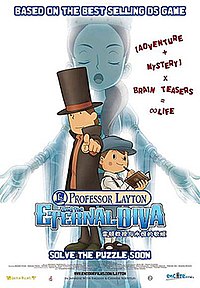 Professor Layton and the Eternal Diva 2009

is a 2009 anime mystery film directed by Masakazu Hashimoto and produced by P.A.Works and OLM. The film is based on the Professor Layton video game series by Level-5, taking place between the events of the video games Professor Layton and the Last Specter and Professor Layton and the Miracle Mask. In the story, renowned opera star Janice Quatlane contacts her former teacher, Professor Hershel Layton, after encountering a young girl who claims to be the reincarnation of her dead friend. While Layton and his apprentice, Luke Triton, are attending one of Jancie's performances they get unwillingly pulled into a puzzle-themed battle royal where the winner will apparently receive "the gift of eternal life". According to Level-5, the film stays true to the games, with music, puzzles and characters.

Sometime after the events of the second game of the original trilogy — Professor Layton and the Diabolical Box — archaeologist and puzzle master Professor Hershel Layton and his young apprentice Luke Triton reminisce over one of their earliest adventures together from three years ago (this taking place after Professor Layton and the Last Specter, the first game chronologically): Layton is invited by his former student Janice Quatlane to watch her perform in an opera at the Crown Petone opera house, which is built on the White Cliffs of Dover. The performance centers on the legendary lost Kingdom of Ambrosia and the secret of eternal life it holds, which will be rediscovered when its queen returns. Janice believes recent strange occurrences are somehow connected to the opera: girls have disappeared from London, and the opera's composer, Oswald Whistler, has recently adopted a young girl who has claimed to be his deceased daughter Melina. Whistler plays the entire opera on the Detragon, an elaborate one-man orchestra machine. Once the performance is complete, a mystery man informs the audience that they are to play a game, the winner of which will receive the secret of eternal life, while the losers will die. Several members of the audience try to escape, but the floor opens up beneath them and they disappear. Inspector Grosky tries to arrest the mystery man, but the man is a puppet which inflates and floats out of the theater, taking Grosky with him.