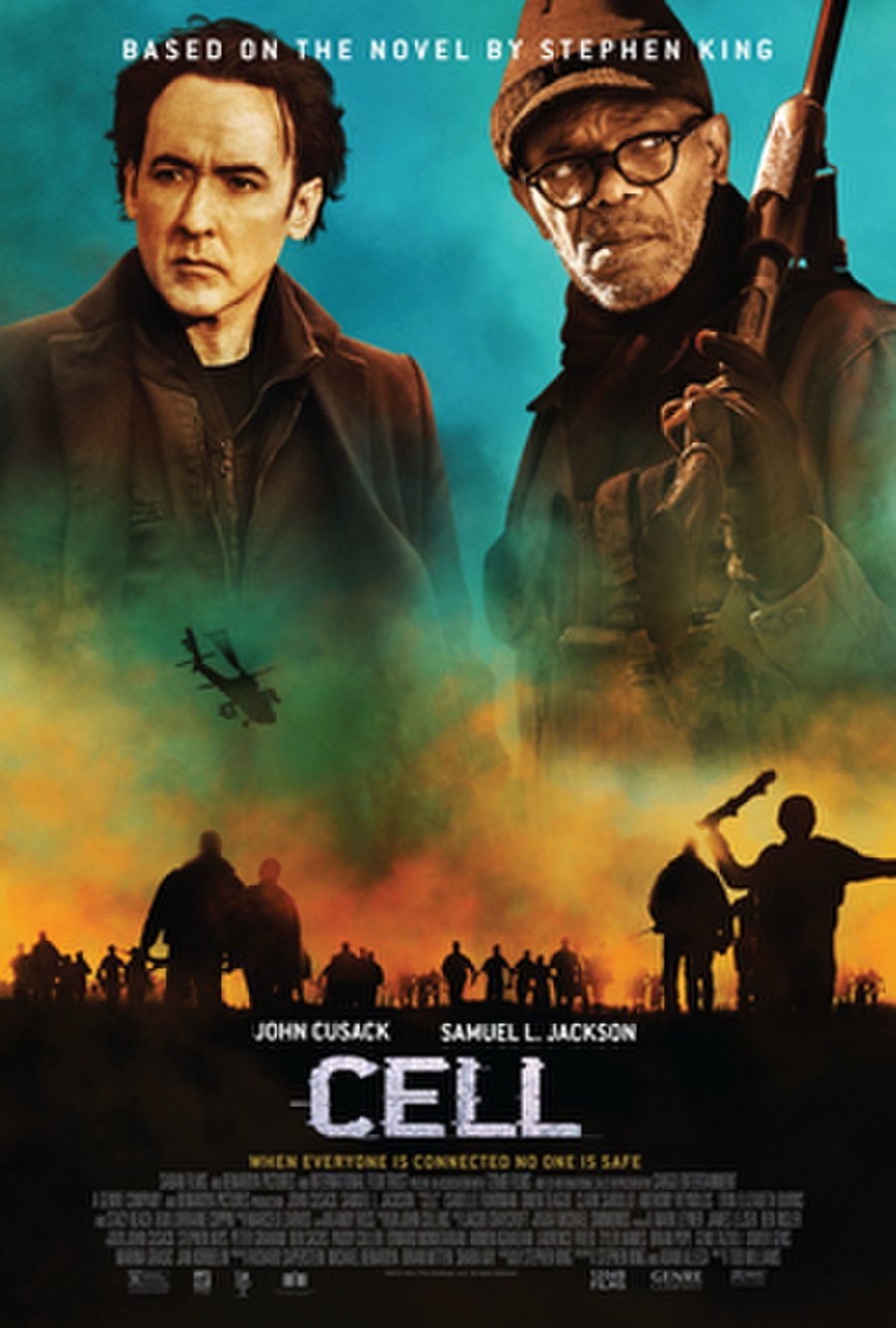 Cell is a 2016 American science fiction horror film based on the 2006 novel of the same name by Stephen King. The film is directed by Tod Williams, produced by John Cusack, with a screenplay by King and Adam Alleca. The film stars John Cusack, Samuel L. Jackson, and Isabelle Fuhrman. The film was released on June 10, 2016 to video on demand, prior to a limited release scheduled for July 8, 2016. Cell is the second film adaptation of a King story to co-star Cusack and Jackson, after 1408 (2007).

Clayton "Clay" Riddell (Cusack) is a disillusioned artist, who a year earlier abandoned his wife, Sharon (Sarullo) and son, Johnny (Casto), in hopes of living his dream of publishing a graphic novel. At Boston International Airport, Riddell is attempting to board a flight in hopes of reconciling with his family. His cell phone battery dies and he's forced to use a pay phone to reconnect with Sharon. Suddenly an electronic signal is broadcast across mobile networks worldwide, and cell phone users are instantly and dangerously re-programmed into rabid killers. Riddell manages to escape the chaos in the terminal, and is rescued by a group of survivors in a subway car. The train's driver Thomas "Tom" McCourt (Jackson) suggests abandoning the train and travelling through the tunnels, due to the power outage. Riddell agrees and, joined by a third man, attempts to escape the airport.