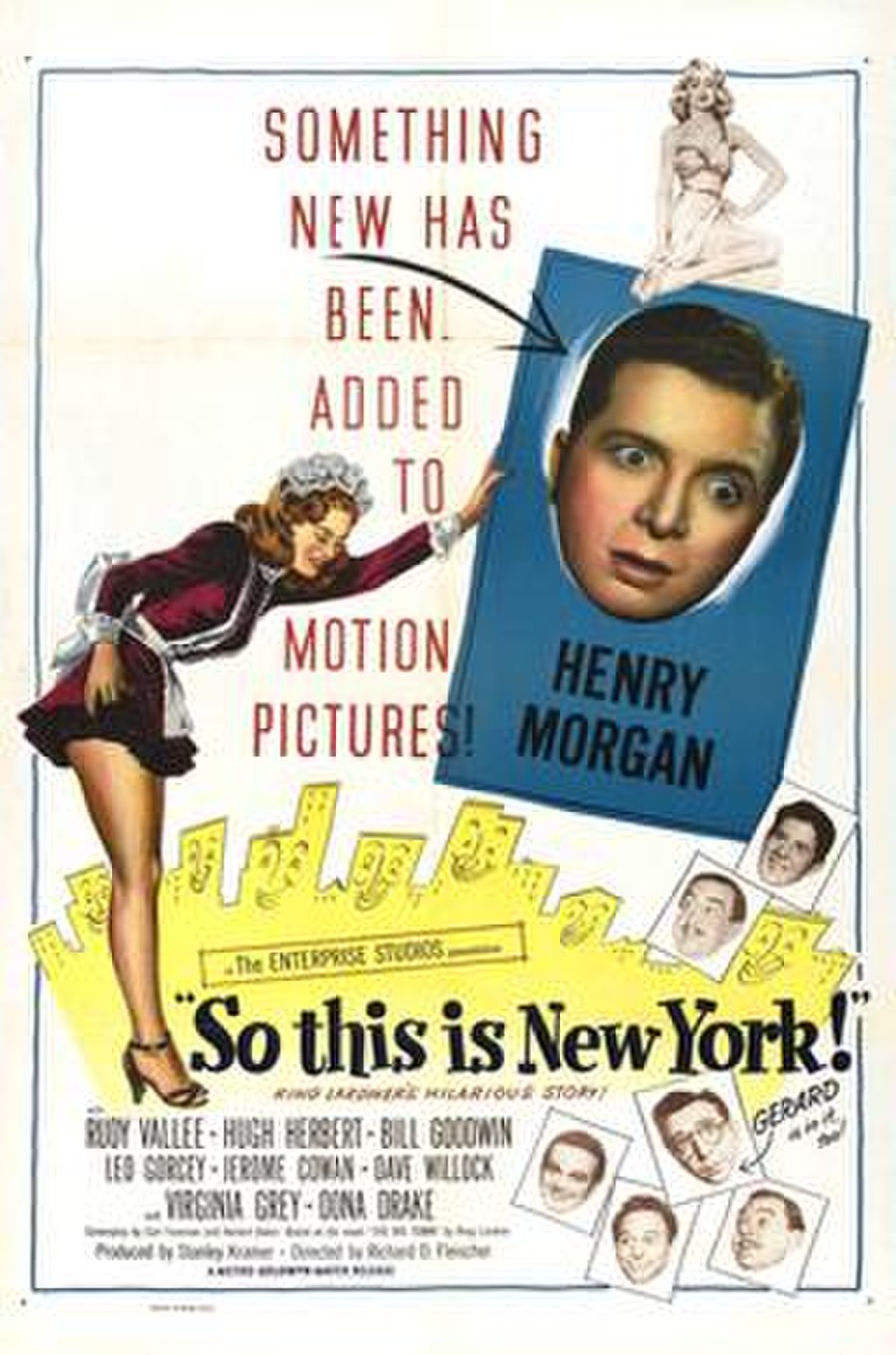 So This Is New York is a 1948 satirical movie comedy starring acerbic radio and television comedian Henry Morgan and directed by Richard Fleischer. The cynically sophisticated screenplay was written by Carl Foreman and Herbert Baker from the 1920 novel The Big Town by Ring Lardner. Foreman was blacklisted soon after.

When Ella Finch and her sister Kate inherit $30,000 each just after the end of World War I, Ella becomes dissatisfied with her dull life in South Bend, Indiana, and with Kate's butcher boyfriend Willis. She is convinced she can rectify both problems by taking Kate to New York City. Her wisecracking cigar salesman husband Ernie is unable to change her mind, so he reluctantly goes along, postponing a promotion at work by claiming to his boss, A. J. Gluskoter, that his wife is sick and needs a stay at a sanitarium. On the train, they meet New Yorker Francis Griffin. Ernie is less impressed with him than his wife and sister-in-law.