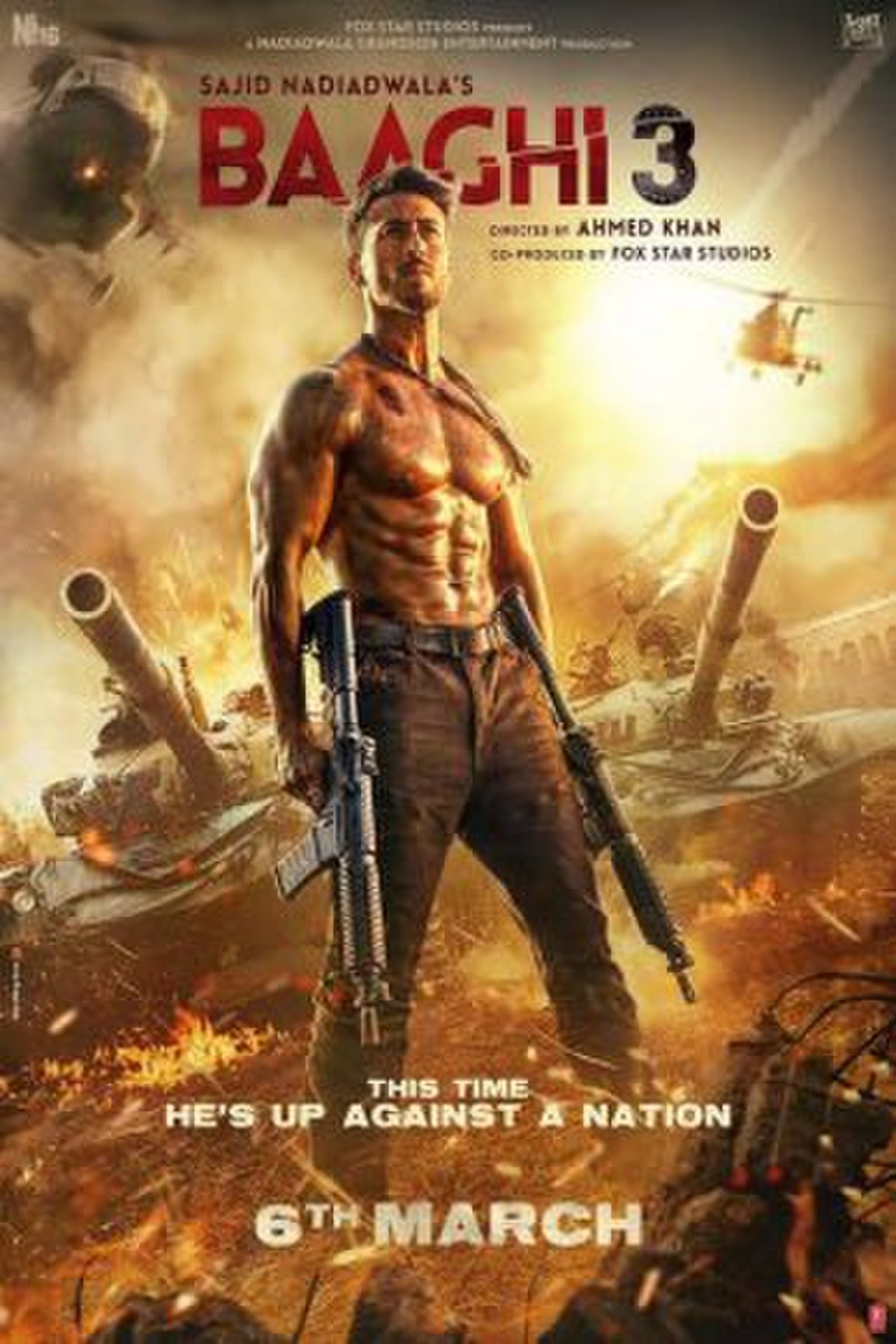 Baaghi 3 is a 2020 Indian Hindi-language action thriller film directed by Ahmed Khan. Produced by Nadiadwala Grandson Entertainment and Fox Star Studios, it is a spiritual sequel to Baaghi (2016) and Baaghi 2 (2018) and the third and final film in the Baaghi film series. The film stars Tiger Shroff, Riteish Deshmukh, Shraddha Kapoor and Ankita Lokhande. It is a remake of the 2012 Tamil-language film Vettai, the film follows Ronnie, a young man who protects his timid brother Vikram from bullies. He convinces Vikram to join the police force and works with him to take down criminals without exposing himself. When Vikram receives nationwide praise, he is sent for a mission to Syria where Ronnie sees him getting beaten up and kidnapped over a video call. This prompts him to head to Syria and rescue Vikram.

Ranveer Chaturvedi lives with his elder brother Vikram Charan Chaturvedi. Protective toward him since childhood, especially after their father Charan Chaturvedi's death. Ronnie is offered a job in the police force, but refuses because he has registered 33 cases against him because of saving Vikram and convinces him to take on the job. A timid and reluctant Vikram becomes a cop. When a hostage situation arises, Vikram is assigned the job and is terrified to face the criminals, but Ronnie accompanies him, fighting off the goons and helping rescue the hostages. He doesn't take the credit, and this process continues, with Vikram getting popular among the public and his department after each case. Ronnie and Siya fall in love and get their respective siblings Vikram and Ruchi married to each other. One day, Vikram is assigned to go for routine paperwork in Syria. Upon arriving, Vikram chats with Ronnie over video call but is suddenly kidnapped by terroist Abu Jalal Gaza's men who break into his hotel room as Ronnie watches helplessly.