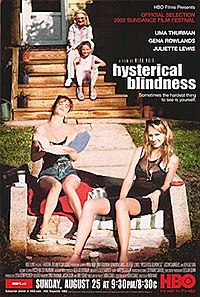 It's 1987 in Bayonne, New Jersey and Debby Miller has just been diagnosed with a condition called hysterical blindness in which there are moments when her sight fades in and out. The doctor tells her to try to have fun with her friends. She and her best friend Beth go to their favorite pub, Ollie's, and try to find a man and have a drink. Beth flirts with the bartender and Debby gets angry with her and decides to go outside. There she meets Rick. He wants little to do with her but she convinces him to walk her to her car. As a 'thank you' she offers to buy him a drink and tells him that she will be at the same bar again tomorrow.