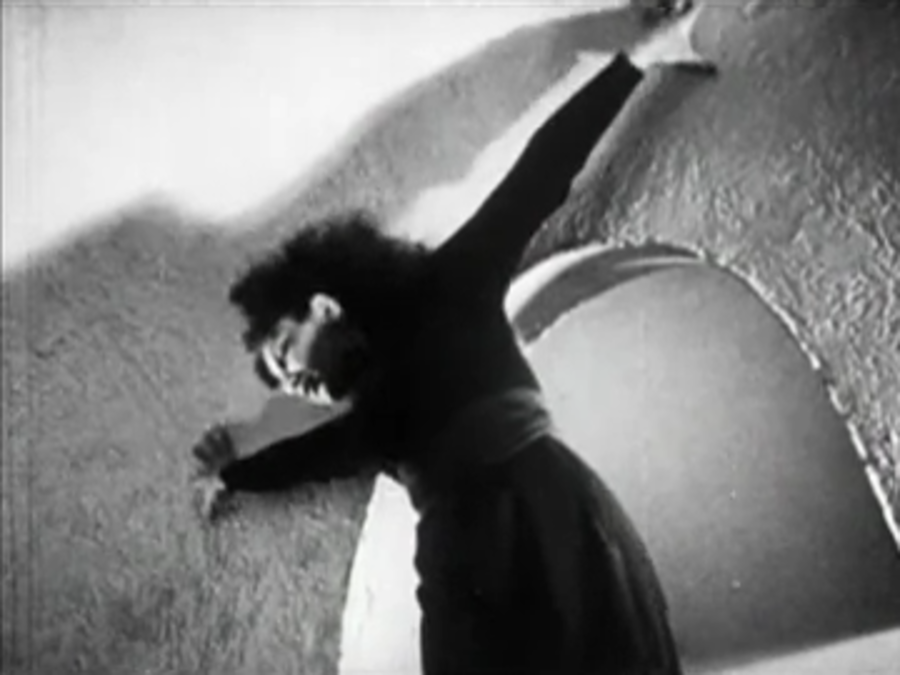 Meshes of the Afternoon 1943

Meshes of the Afternoon is a 1943 American short experimental film directed by and starring wife-and-husband team Maya Deren and Alexandr Hackenschmied. The film's narrative is circular and repeats several motifs, including a flower on a long driveway, a key falling, a door unlocked, a knife in a loaf of bread, a mysterious Grim Reaper–like cloaked figure with a mirror for a face, a phone off the hook and an ocean. Through creative editing, distinct camera angles, and slow motion, the surrealist film depicts a world in which it is more and more difficult to catch reality.

A woman (Maya Deren) sees someone on the street as she is walking back to her home. She goes to her room and sleeps on a chair. As soon as she is asleep, she experiences a dream in which she repeatedly tries to chase a mysterious hooded figure with a mirror for a face but is unable to catch it. With each failure, she re-enters her house and sees numerous household objects including a key, a bread knife, a flower, a telephone and a phonograph. The woman follows the hooded figure to her bedroom where she sees the figure hide the knife under a pillow. Throughout the story, she sees multiple instances of herself, all bits of her dream that she has already experienced. The woman tries to kill her sleeping body with a knife but is awakened by a man (Alexander Hammid). The man leads her to the bedroom and she realizes that everything she saw in the dream was actually happening. She notices that the man's posture is similar to that of the hooded figure when it hid the knife under the pillow. She attempts to injure him and fails. Towards the end of the film the man walks into the house and sees a broken mirror being dropped onto wet ground. He then sees the woman in the chair, who was previously sleeping, but is now dead.