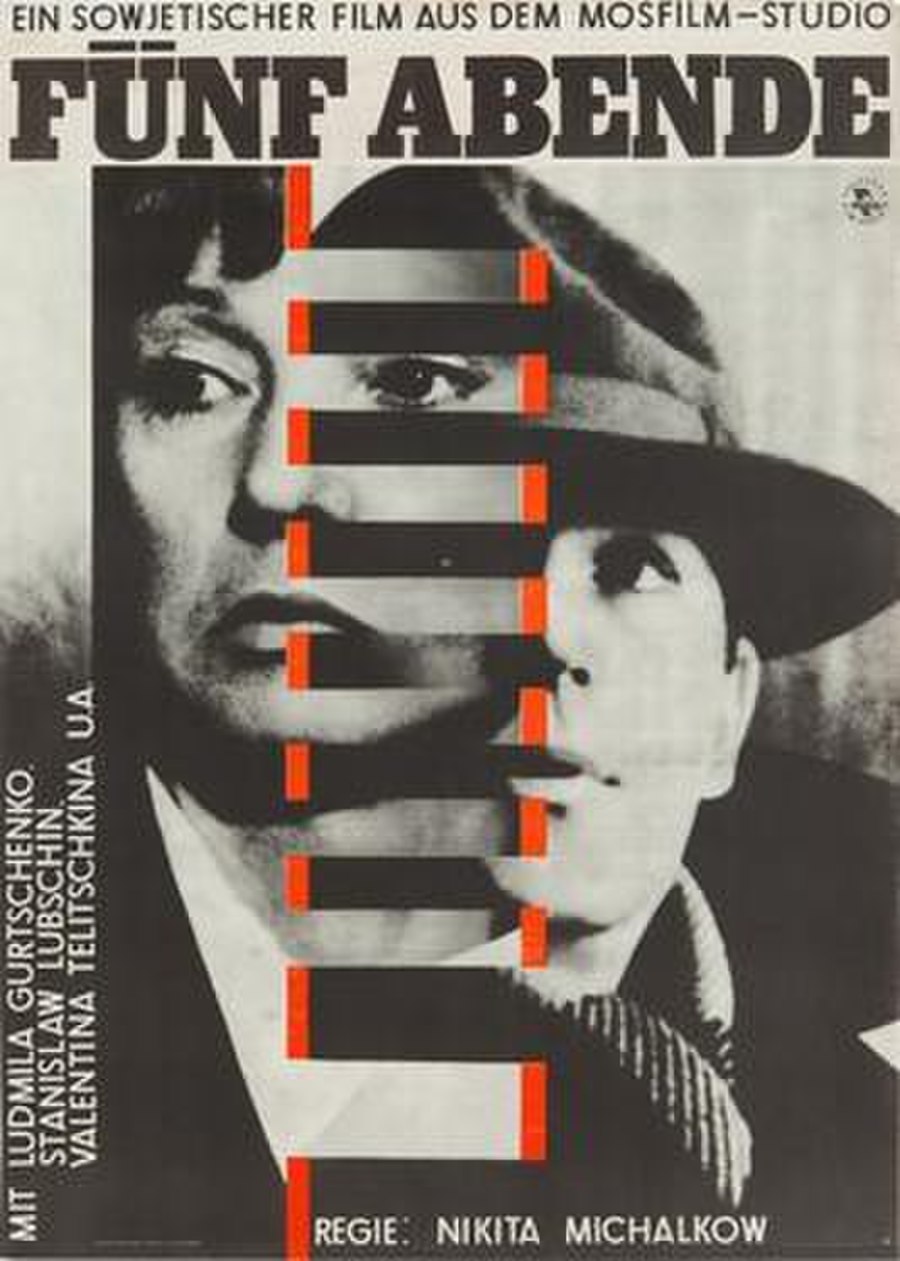 Five Evenings is a Soviet drama film by Nikita Mikhalkov in 1978 based on the same name play by Aleksandr Volodin.

Tamara lives with her nephew Slavik, whose mother died in the war. Tamara herself works as a master at the factory, she is a member of the party, not married. Ilyin says that he works as chief engineer at a chemical plant in Podgorsk. He remains with Tamara, and soon meets Slavik. During the conversation, in response to Slavik's ironic recall of Tamara, Ilyin warns Slavik that he will not allow unkind words about her.