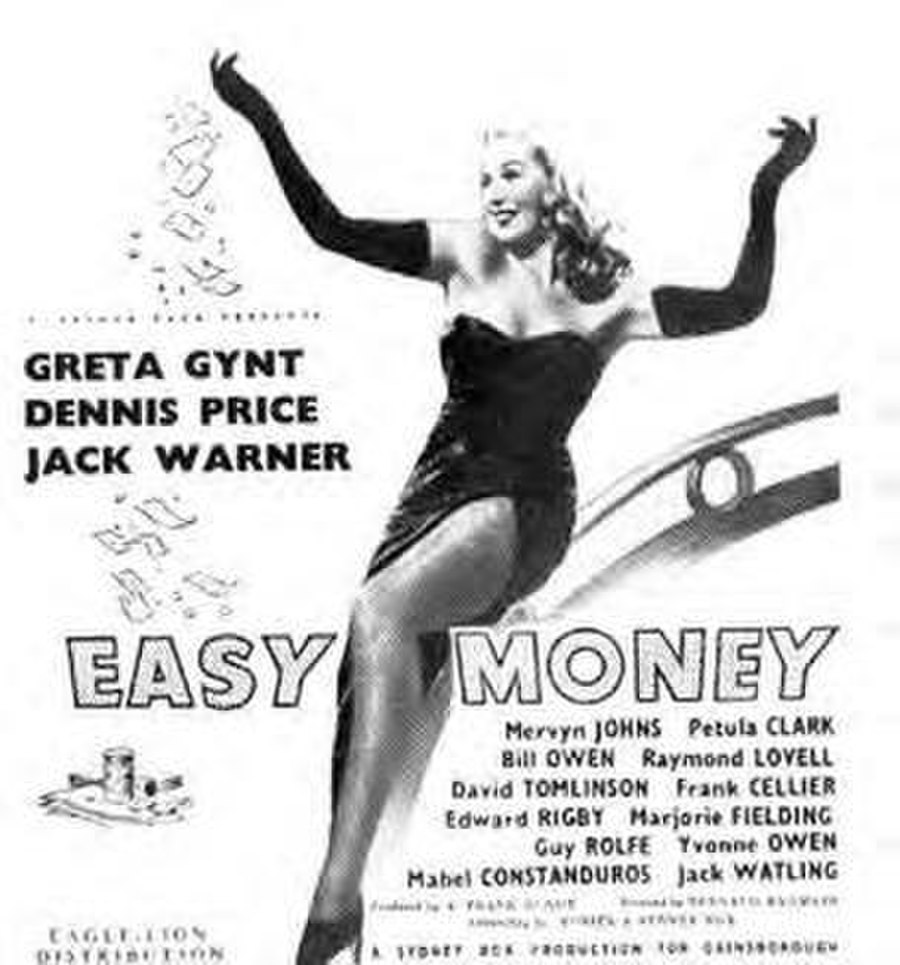 Easy Money is a 1948 British satirical film about one of the most beloved traditions of the English, the football pools, is composed of four tales about the effect a major win has on four different groups in the post-war period. Written by Muriel and Sydney Box based on the play "Easy Money" written by Arnold Ridley and directed by Bernard Knowles, it was released by Gainsborough Pictures.

In the first story, a comedy, a content suburban family, headed by Jack Warner, is turned into an unhappy lot when they believe that they have the winning coupon in the football pools. But when it's discovered that the winning coupon apparently wasn't mailed by the younger daughter (Petula Clark), they regain their previously happy lives that had been made unhappy by plans they made regarding how to spend their winnings. Then, when it is discovered that the winning coupon was, in fact, mailed, they decide that they have learned their lesson and resolve not to let the money ruin their happiness.