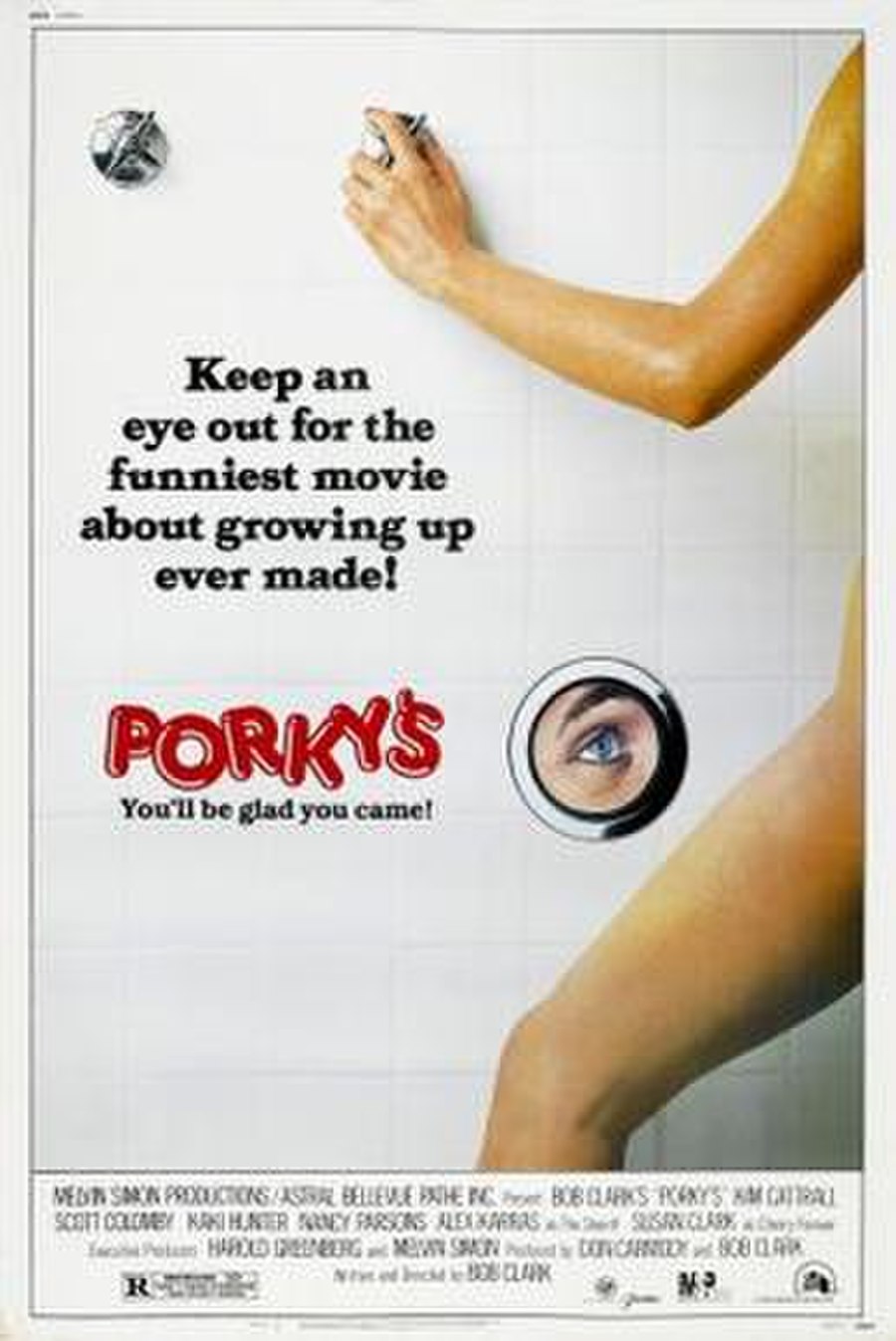 Porky's is a 1981 Canadian-American teen sex comedy film written and directed by Bob Clark about the escapades of teenagers in 1954 at the fictional Angel Beach High School in Florida. The film influenced many writers in the teen film genre and spawned two sequels: Porky's II: The Next Day (1983) and Porky's Revenge! (1985) and a remake of the original titled Porky's Pimpin' Pee Wee (2009). Porky's was the fifth-highest-grossing film of 1982.

In 1954, each boy in a group of Florida high school students plans to lose his virginity. They go to Porky's, a nightclub in the Everglades, believing that they can hire a prostitute to satisfy their sexual desires. The bordello's proprietor, Porky, takes their money but humiliates the boys by dumping them into the swamp. When the group demands their money back, the sheriff, Porky's brother, drives them away but not before he extorts them for the rest of their money, further embarrassing them.