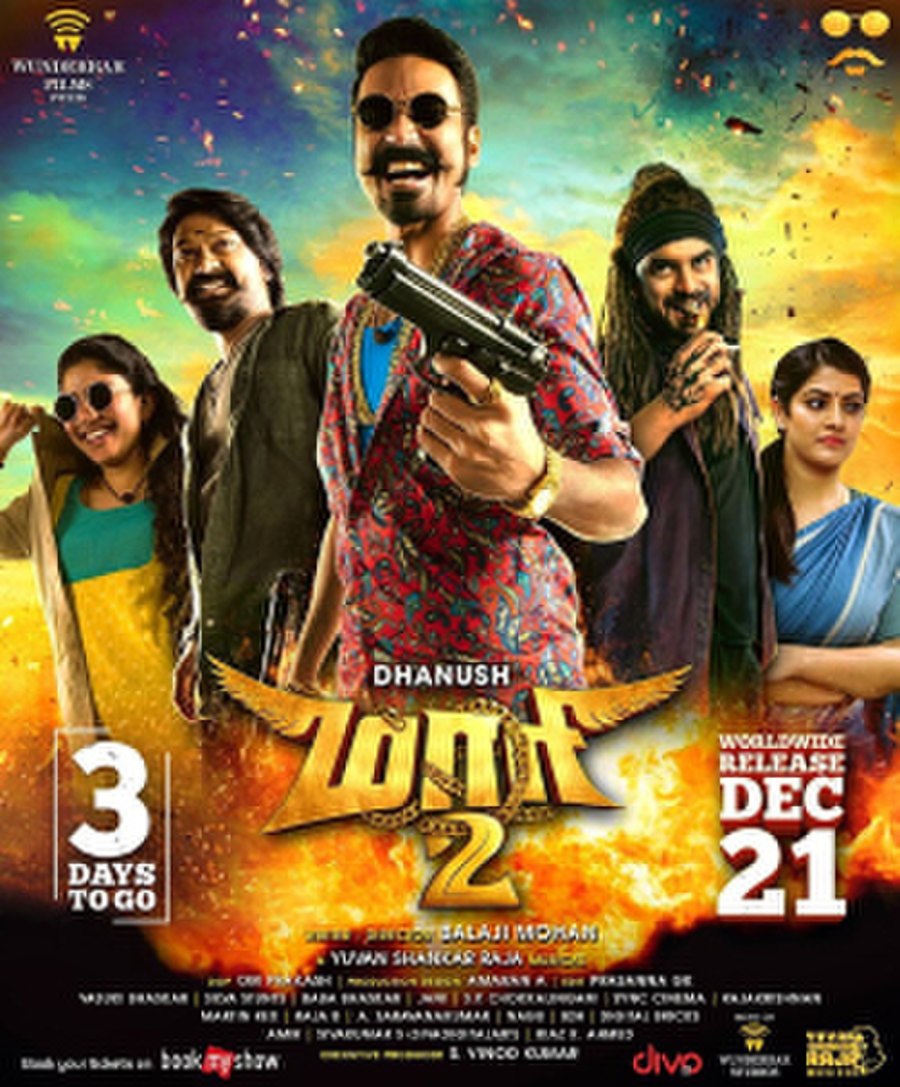 Maari 2 is a 2018 Indian Tamil-language action comedy film directed by Balaji Mohan. It is a sequel to his 2015 film Maari. Dhanush, besides producing the film under his company Wunderbar Films, also stars as the title character, reprising his role from the first film. Krishna, Tovino Thomas, Sai Pallavi, Varalaxmi Sarathkumar, and Vidya Pradeep play other important roles, among others. The music was composed by Yuvan Shankar Raja with cinematography by Om Prakash and editing by Prasanna GK. The film released on 21 December 2018 to mixed reviews from critics.

Picking up from the prequel, the film starts off with Maariyappan aka Maari as the fun-loving gangster with his sidekicks Sanikkizhamai aka Sani (Robo Shankar) and Robert aka Adithangi ( punching bag). Maari is chased around by Araathu Aanandi, a "loosu ponnu" ( crazy girl) auto rickshaw driver who is head over heels in love with him. However, try as she might, Maari does not give her a second glance and constantly shows his annoyance to her.