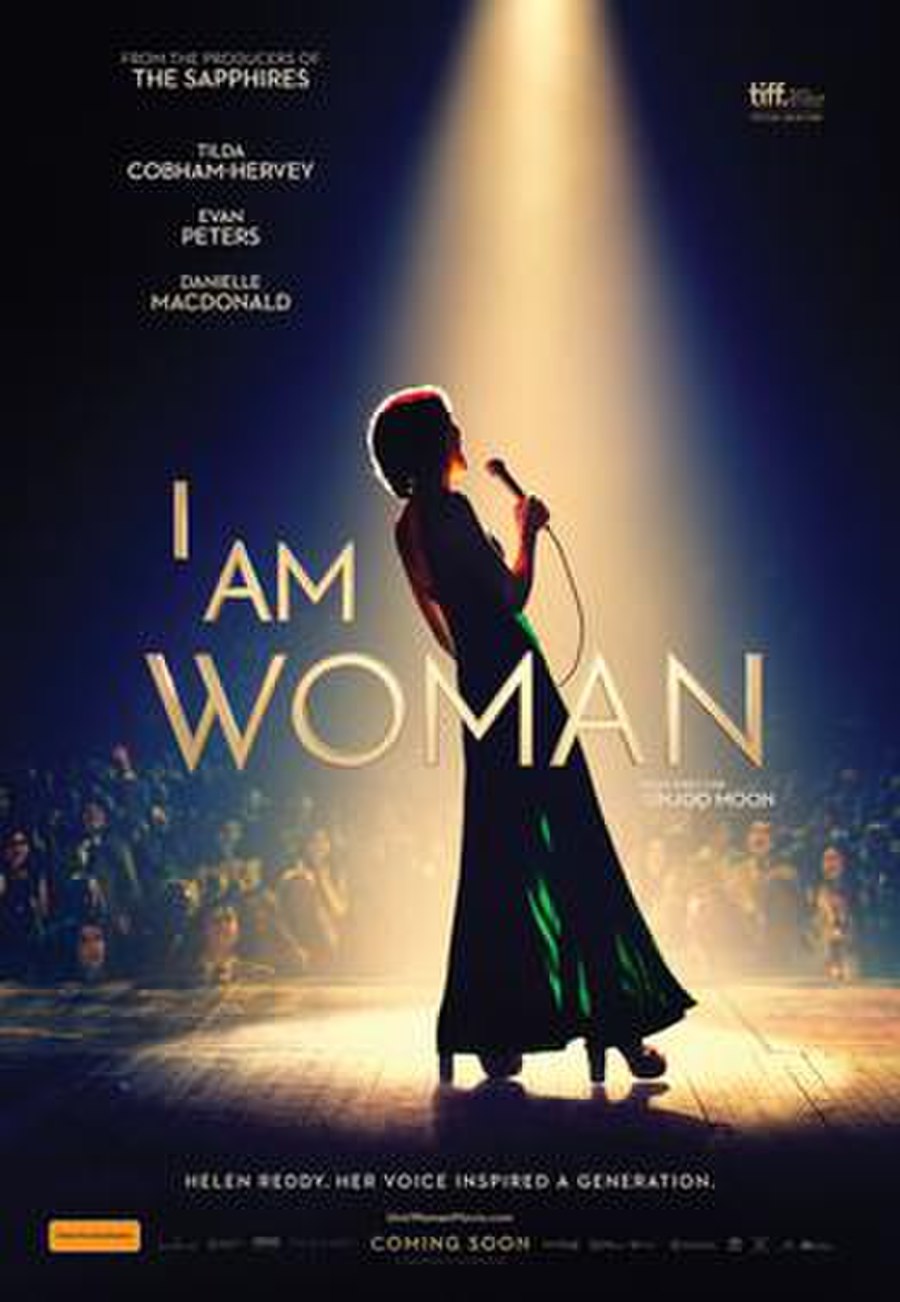 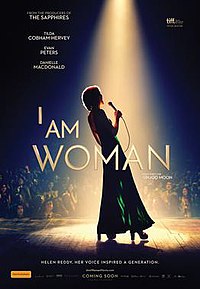 I Am Woman is a 2019 Australian biographical film about singer Helen Reddy, directed and produced by Unjoo Moon, from a screenplay by Emma Jensen. Tilda Cobham-Hervey stars as Reddy alongside Evan Peters, as her manager husband Jeff Wald, and Danielle Macdonald as rock writer Lilian Roxon.

The film opens with Reddy, aged 24, arriving in New York in 1966 with her three-year-old daughter, a suitcase and just . Within five years she had become one of the biggest superstars of her time, with eight number one US singles, her own hourly TV show and an icon of the 1970s feminist movement, which adopted her power anthem. The film follows her troubled relationships with Roxon, author of the influential Lillian Roxon's Rock Encyclopedia, and husband/manager Wald, who also managed such artists as Sylvester Stallone, Donna Summer, Deep Purple and Tiny Tim.