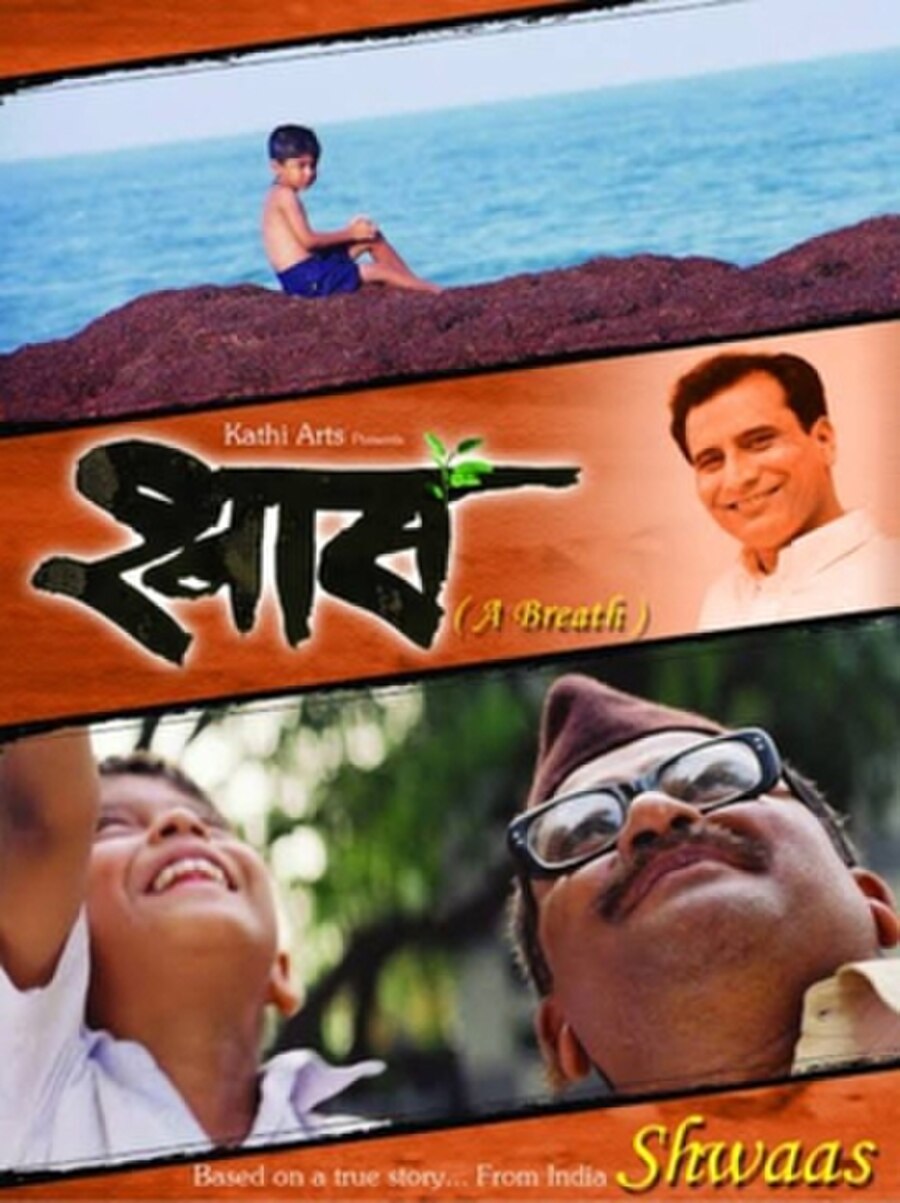 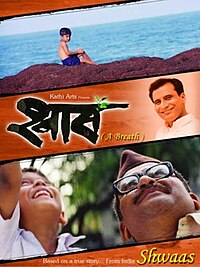 Shwas (Marathi: श्वास, The Breath) is a Marathi film, released in 2004. It was India's official entry to the 2004 Oscars and was ranked 6th in the Academy Award for Best Foreign Language Film category. Its storyline is based on a real-life incident in Pune. A low-budget of Indian rupee 30lakhs (3million), Shwaas won the National Award for best film in 2004, nearly 50 years since a Marathi film (Shyamchi Aai) last earned this title. Directed by debutant Sandeep Sawant, it was shot in 30 days at Sindhudurg, Konkan, Pune and at KEM Hospital in Mumbai. The post-production took one and half years to complete. Shwaas was acknowledged as a "significant turn for Marathi cinema" which had been going through a low patch. After its success, it was released in Hindi, Bengali and Tamil languages.

A villager (Vichare) brings his 8-year-old grandson Parshuraam (also known as Parshya) to a doctor in Pune to diagnose the child's eyes. They are accompanied by Parshya's maternal uncle Diwakar. On the first day Vichare is asked to sign the usual papers before admission in hospital. Upon asking, he learns that the papers say the doctor would not be responsible if anything goes wrong. Vichare, the rustic grandfather finds these terms unacceptable. A medical social worker, Aasawari, quickly comes in and explains the practice to Vichare. She calms him down and accompanies them during the first appointment with the doctor. Dr. Sane quickly diagnoses child as a victim of retinoblastoma — a rare retinal cancer. After consulting with other colleagues in US and UK doctor finds that only way to save child's life is to perform an operation that will leave the child blind. As per rule, doctor explains this and insists child be informed of this before surgery. He cannot be operated without this knowledge as it was against ethics. Aasawari (Amruta Subhash) who helps the doctor in convincing the grandfather and the grandson, tries to keep track of Vichare and persuades him not fall prey to other doctors promising false medicines. She tries to befriend Parshya to explain him what is going to happen. However, she finds it is too difficult to explain to him that he will turn blind.