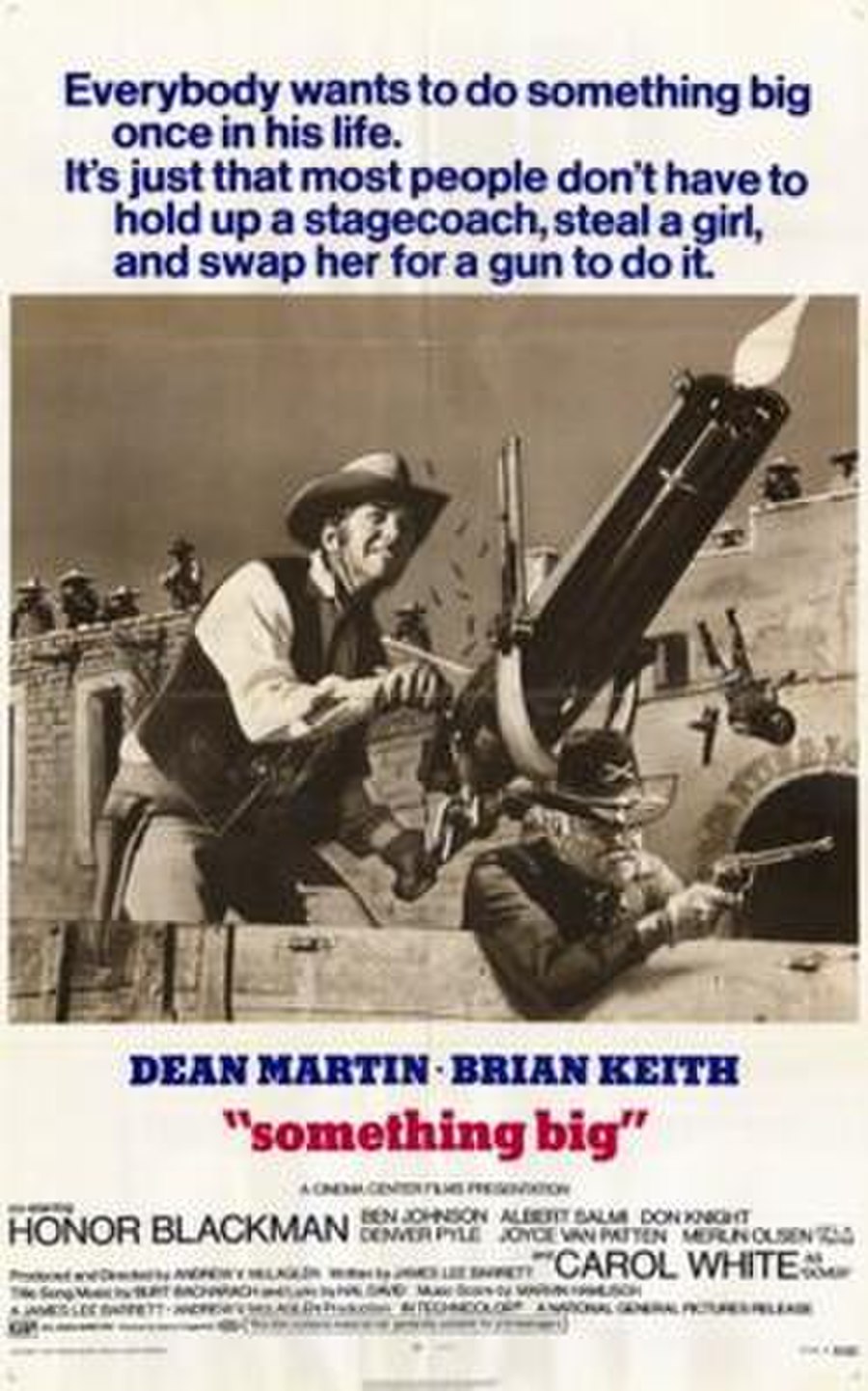 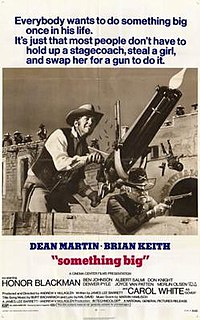 Something Big is a 1971 American motion picture that was produced by Andrew V. McLaglen (who also directed it) and James Lee Barrett (who also wrote the screenplay). It is a Western comedy that stars Dean Martin, Honor Blackman and Brian Keith.

In the frontier of New Mexico Territory, Joe Baker is an aging bandit determined to do "something big" before his fiancée Dover McBride arrives from the Eastern United States. Dover's brother Tommy is a partner in Baker's banditry.