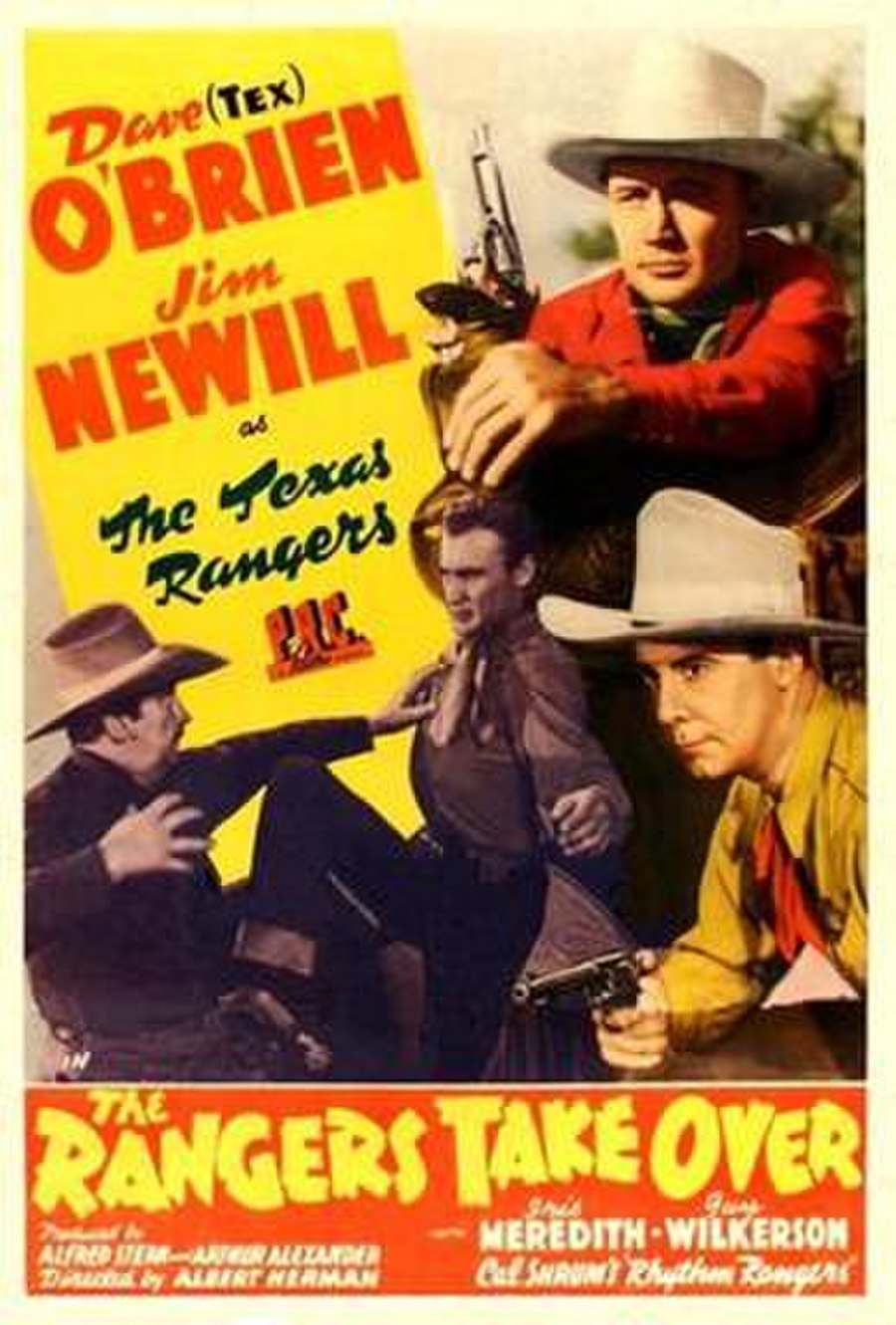 The Rangers Take Over is a 1942 American Western film directed by Albert Herman and written by Elmer Clifton. The film stars Dave O'Brien, James Newill, Guy Wilkerson, Iris Meredith, Forrest Taylor and I. Stanford Jolley. The film was released on December 25, 1942, by Producers Releasing Corporation.

Tex Wyatt, a new recruit, is assigned by his father to investigate cattle rustlings. He's thrown off the force for disobeying orders, and goes undercover with the rustler gang. Working with rangers Jim Steele and Panhandle Perkins, he busts the gang, and earns his spot on the force again.