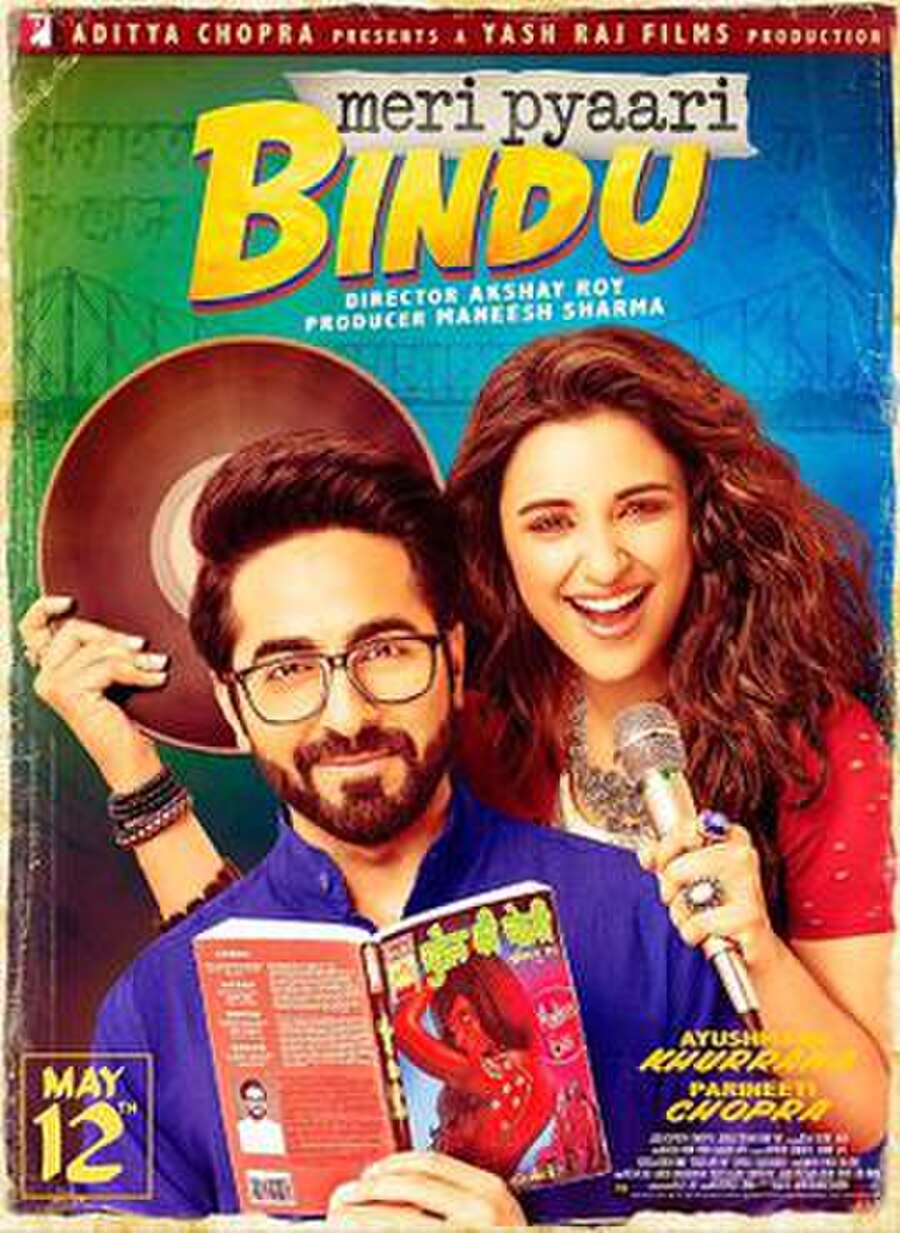 Meri Pyaari Bindu is a 2017 Indian romantic comedy film, written by Suprotim Sengupta and directed by Akshay Roy. It features Parineeti Chopra and Ayushmann Khurrana in the lead roles.

Abhimanyu Roy (Ayushmann Khurrana) and Bindu Shankarnaryanan (Parineeti Chopra) are best friends since childhood. Abhimanyu has always been in love with Bindu much to his mother's dismay. He never conveys his real feelings to Bindu and is happy being just friends with her. One day, Bindu's mother (June Malia) dies in an accident. Heartbroken Bindu blames her father as he was driving the car while drunk. Her growing resentment towards her father forces her to leave college and go to Melbourne. Meanwhile, Abhimanyu graduates from his college and goes to Bangalore to study Master of Business Administration. After a few years, Abhi goes to Goa, where he meets Bindu. Bindu tells him that she is engaged.