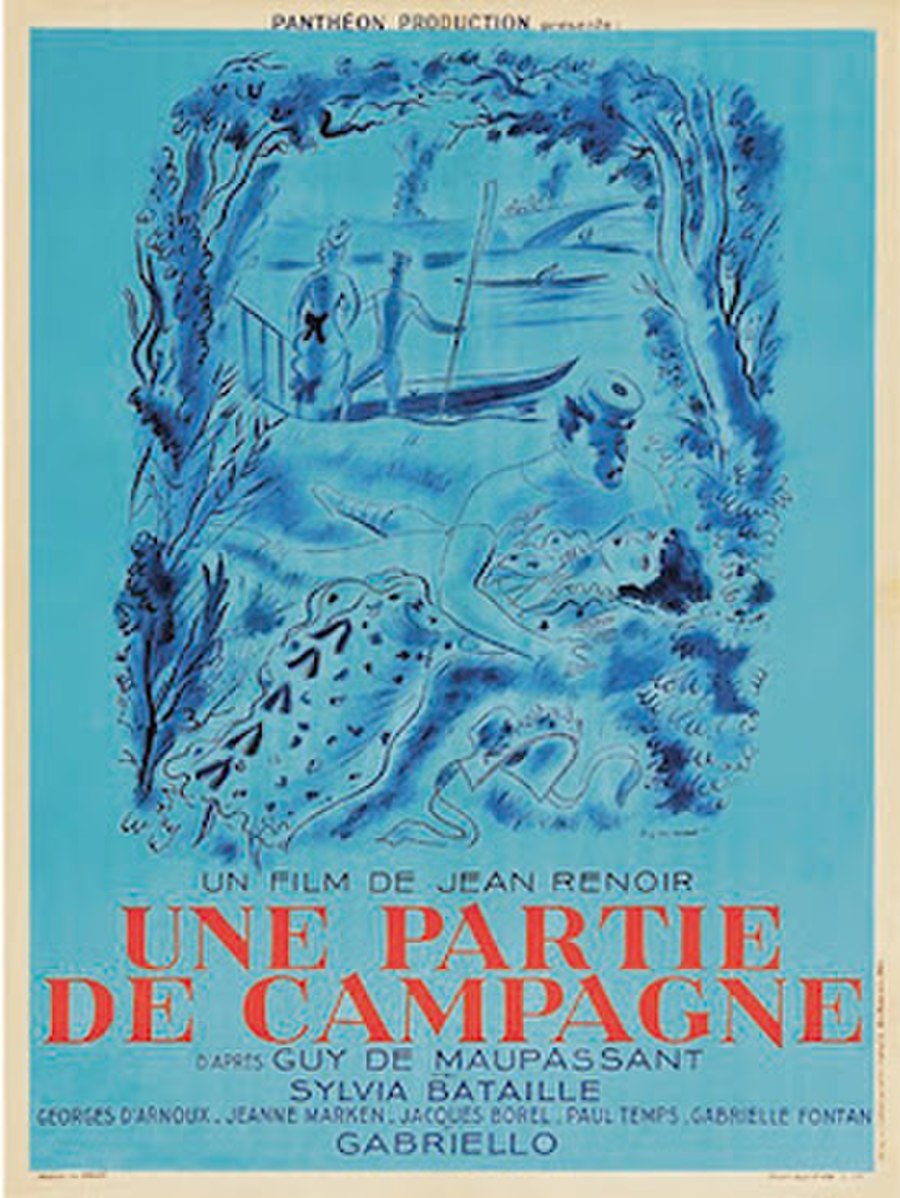 Partie de campagne is a 1936 French featurette written and directed by Jean Renoir. It was released as A Day in the Country in the United States. The film is based on the short story "Une partie de campagne" (1881) by Guy de Maupassant, who was a friend of Renoir's father, the renowned painter Auguste Renoir. It chronicles a love affair over a single summer afternoon in 1860 along the banks of the Seine.

Monsieur Dufour (André Gabriello), a shop-owner from Paris, takes his family for a day of relaxation in the country. When they stop for lunch at the roadside restaurant of Poulain (Jean Renoir), two young men there, Henri (Georges D'Arnoux) and Rodolphe (Jacques B. Brunius), take an interest in Dufour's daughter Henriette (Sylvia Bataille) and wife Madame Dufour (Jane Marken). They scheme to get the two women off alone with them. They offer to row them along the river in their skiffs, while they divert Dufour and his shop assistant and future son-in-law, Anatole (Paul Temps), by lending them some fishing poles. Though Rodolphe had arranged beforehand to take Henriette, Henri maneuvers it so that she gets into his skiff. Rodolphe then good-naturedly settles for Madame Dufour.