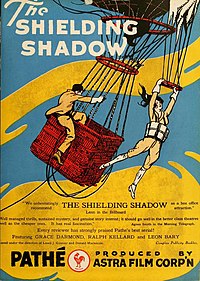 The 15 chapter story involves the heroine being protected by a shadow with burning eyes. There's also a cloak of invisibility, some hypnotism and a giant octopus added to the mix.