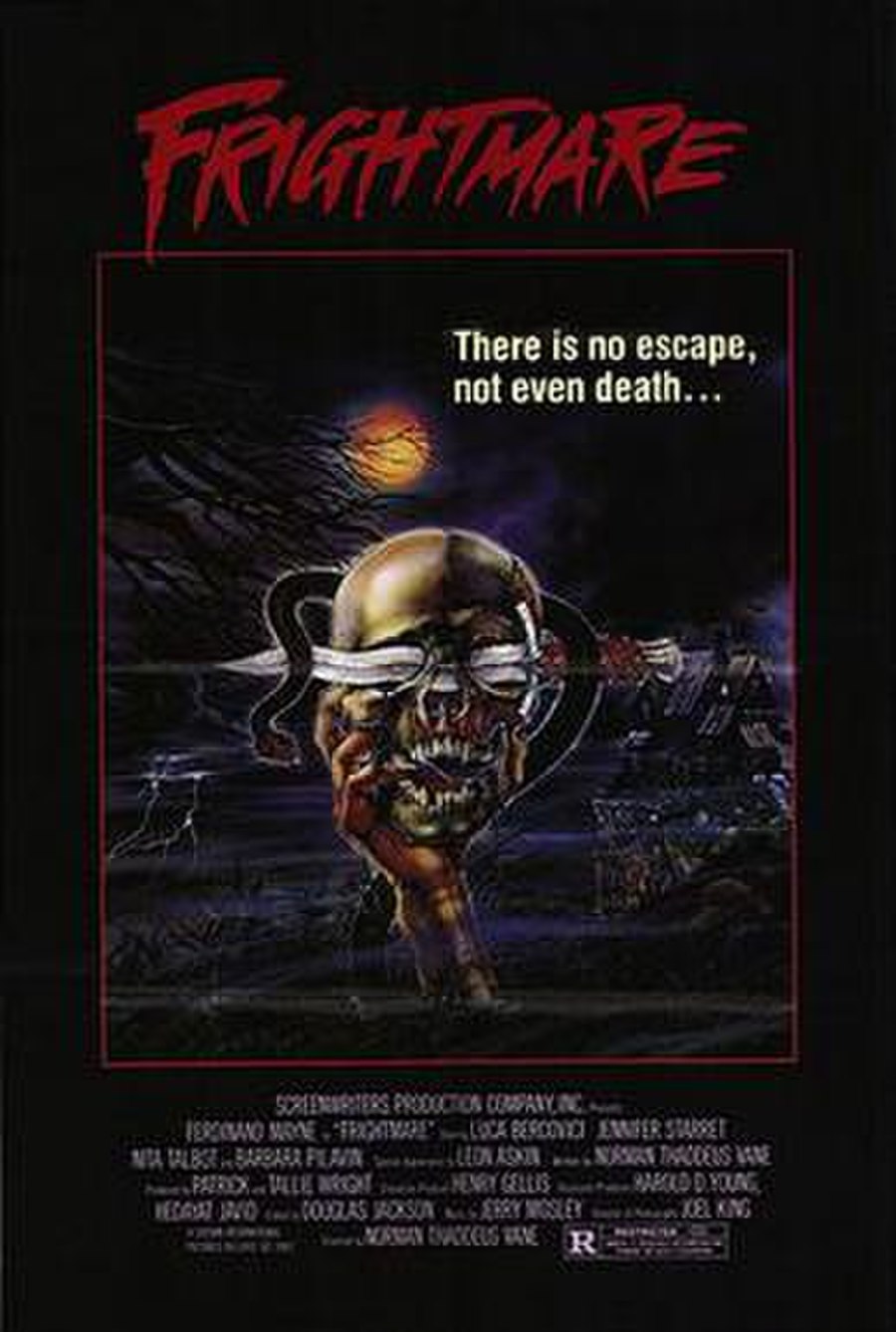 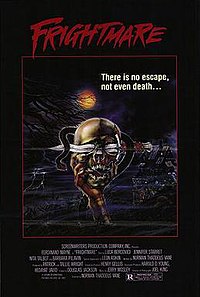 Frightmare (originally known as The Horror Star, and also known as simply Horror Star) is a 1981 American supernatural slasher film written and directed by Norman Thaddeus Vane. It stars Ferdy Mayne, Luca Bercovici, Jennifer Starrett, Nita Talbot and Barbara Pilavin, along with Jeffrey Combs in his horror film acting debut. The film's plot follows a group of drama students who decide to kidnap the corpse of a recently deceased horror movie star. By disrupting his tomb, they unwittingly release an ancient black magic that begins consuming them one by one.

A group of drama students idolize their favorite horror film star, Conrad Razkoff. In the beginning, Conrad is acting in a commercial for dentures, and the Director stops the filming because he does not like Conrad's performance. While the director sits on the edge of the balcony, an angry Conrad pushes him off with his cane. Later, Conrad visits a school and talks about his performances, only to faint under excitement. One of the drama students, Meg, revives him. Later, as Conrad sits in his bed, his obese director Wolfgang visits him. After a long talk about his death arrangements, Conrad closes his eyes and tricks the director into believing he is dead. Then, the director denounces him until Conrad springs up and smothers him with a pillow. After Conrad dies, the seven drama students, Meg, Saint, Bobo, Eve, Donna, Oscar, and Stu, go to the cemetery after dark, they sneak into the tomb where Conrad's coffin resides. The lights turn on and they see a film of Conrad stating that he welcomes them into his tomb, unless, he says, they have broken in. Creeped out, Meg asks them not to take Conrad, but they do, and take him to an old mansion where they stay for the night.