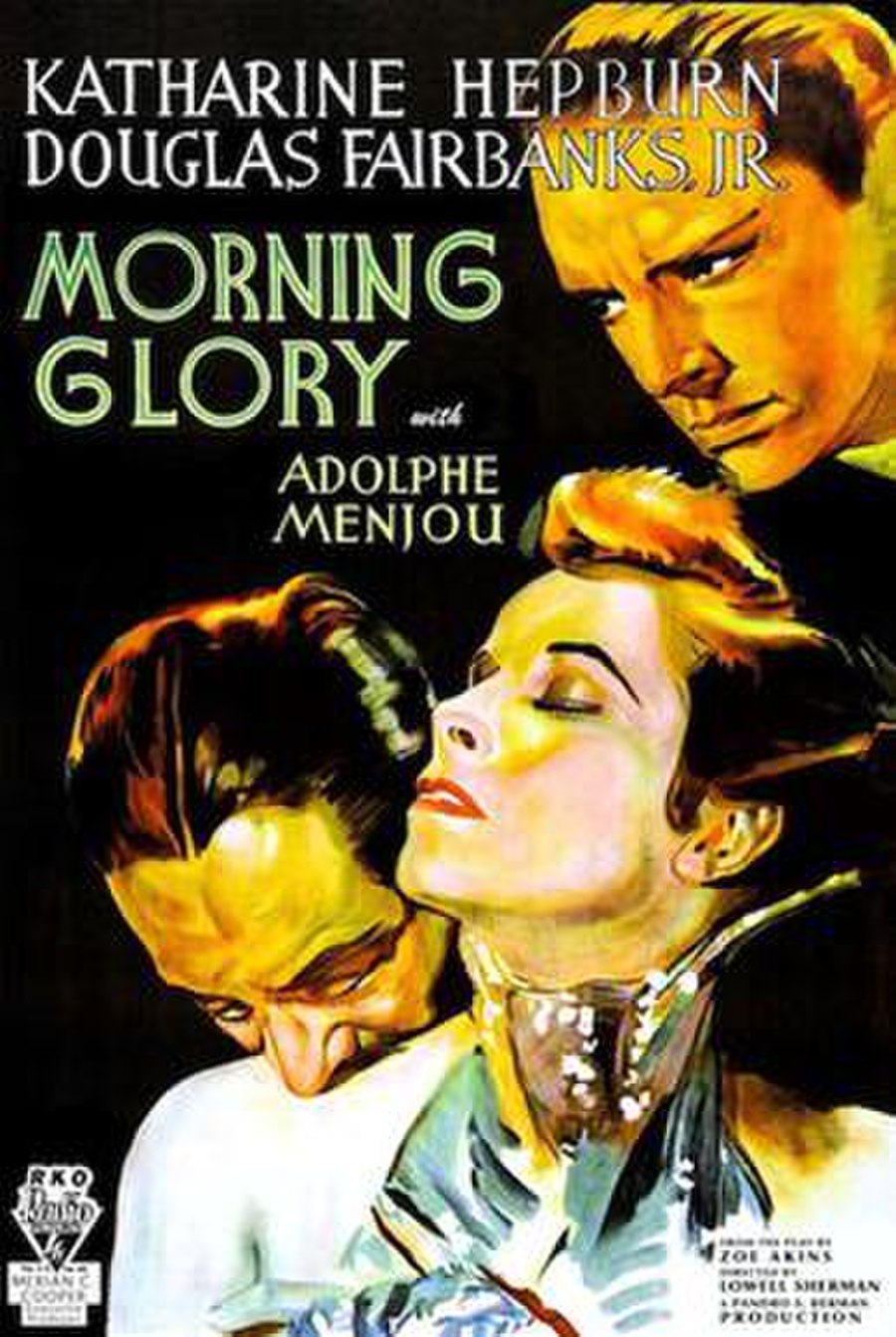 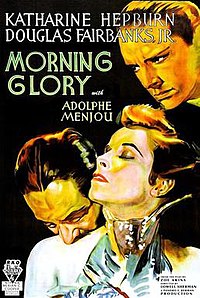 Morning Glory is a 1933 American Pre-Code drama film which tells the story of an eager would-be actress and her journey to stardom, and what she loses as a result. The picture stars Katharine Hepburn, Douglas Fairbanks Jr., and Adolphe Menjou, was adapted by Howard J. Green from a then-unproduced stage play of the same name by Zoë Akins, and was directed by Lowell Sherman. Hepburn won her first Academy Award for Best Actress for this movie. Morning Glory was remade in 1958 under the title Stage Struck.

Eva Lovelace (Katharine Hepburn) is a performer from a small town who has dreamed since childhood of making it big on Broadway. She has evidently gone to many auditions, but no one has given her a break. At the management office of the Easton Theatre, where she hopes to land a role, another actress, current star Rita Vernon (Mary Duncan), breezes in to see the handsome middle-aged theater owner and producer, Louis Easton (Adolphe Menjou), a consummate businessman who is well aware of his prestige in the theater world. Blonde diva Rita is high-handed and self-absorbed, with an alcohol problem as well, but she's under verbal contract to Easton. She shamelessly flirts as she negotiates a deal; she'll accept a small role (which she doesn't want) in the upcoming play, for one big concession: her pick of roles in the next production. The principals are taking a risk that she'll contain her artistic temperament and lay off the bottle. Even so, her name and fame will help launch the play, a new comedy by Joseph Sheridan (Douglas Fairbanks Jr.)