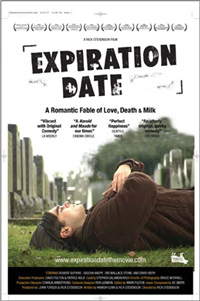 The story is told by a Native American elderly man to a Native American boy who wants to give up dancing and leave the reservation by bus. The story he tells is about a Native American man named Charlie Silvercloud III who thinks that he will be hit by a milk truck on his 25th birthday, like his father and grandfather before him due to a curse. His birthday is two weeks away. Charlie has a checklist of things he wants to do before his two weeks are up, but because he does not have long to live and has no way to do anything extreme, his list is somewhat more practical than most "bucket" lists. His checklist includes canceling his cellphone contract, watering the plants, and returning library books. His mother tries to prevent the curse from killing him by mapping the milk truck route and is trying to stop Charlie from going outside during certain times just in case he might be killed earlier than expected. While looking for a casket to buy for his assumed death, he meets Bessie Smith who is looking for casket for her mother. Bessie owns a dog named Roadkill because he is able to play dead so convincingly that crowds gather when he plays dead. Bessie and Charlie start seeing each other, but Charlie cannot decide if he should continue the relationship because of his impending death. Things become more complicated when Charlie finds out that Bessie is being stalked by a man who drives a milk truck for the local dairy.