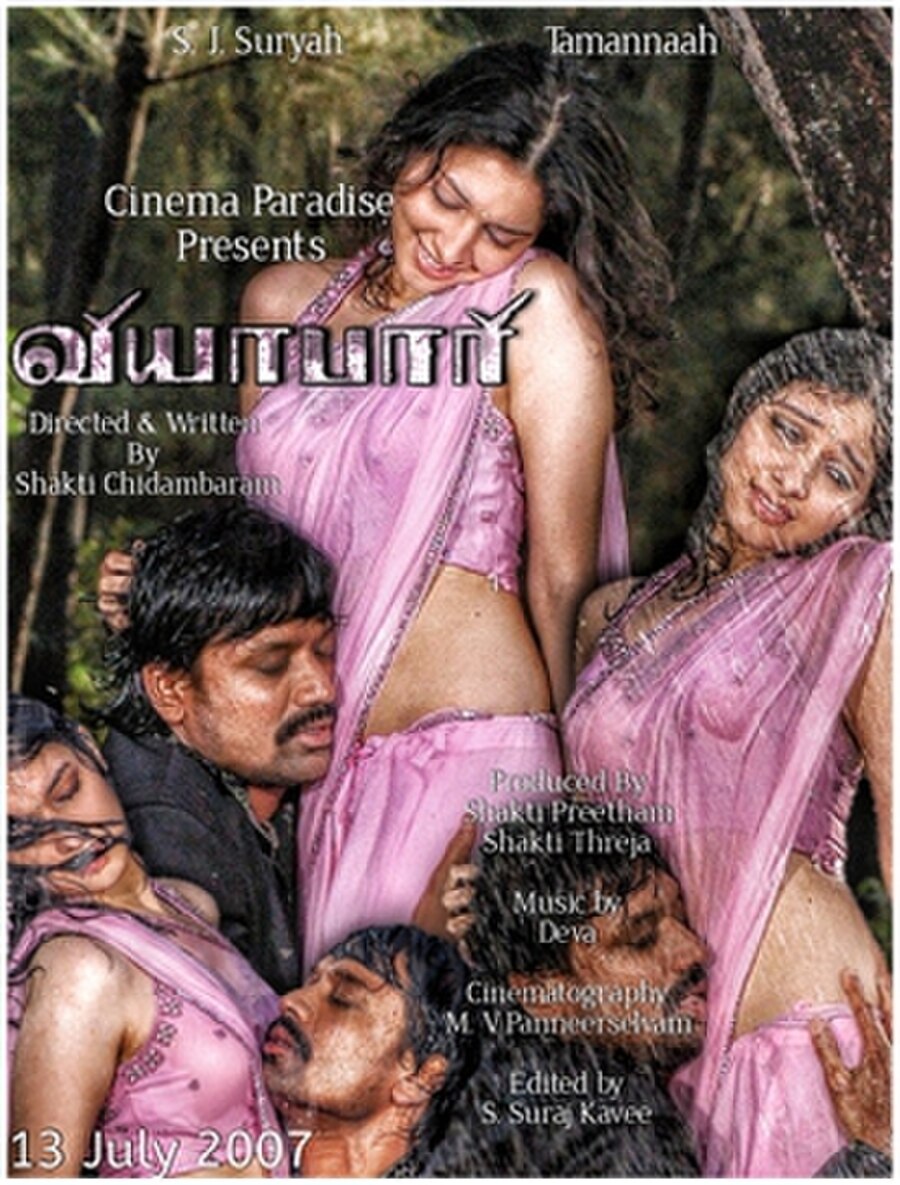 The Tamil science fiction comedy film Viyabari was directed and produced in 2007 by Sakthi Chidambaram. The film stars S. J. Suryah and Tamannaah, with support from Prakash Raj, Namitha, Malavika, Vadivelu, Santhanam, Seetha, and Nassar. The musical score was composed by Deva. Cinematography was by M. V. Panneerselvam. The editor was S. Suraj Kavee. The film was released on July 13, 2007. It opened to mixed reviews, but was declared a hit at the box office.

Suryaprakash (S. J. Suryah) is a businessman who wants to become richer than Bill Gates. In the process, he loses out on family and social life. He tells scientist Stephen Raj (Nassar) to clone him so that he can keep concentrating on his business affairs whilst the clone replaces him at home. Savithri (Tamannaah), a college girl doing a research project on Suryaprakash falls in love with him. Suryaprakash is not interested in Savithri, but marries her because she's a good cook. After partying with two models (Namitha and Malavika) and humiliating his brother-in-law "Digil" Paandi (Vadivelu), Suryaprakash finally comes to understand the value of family after his mother (Seetha) dies.