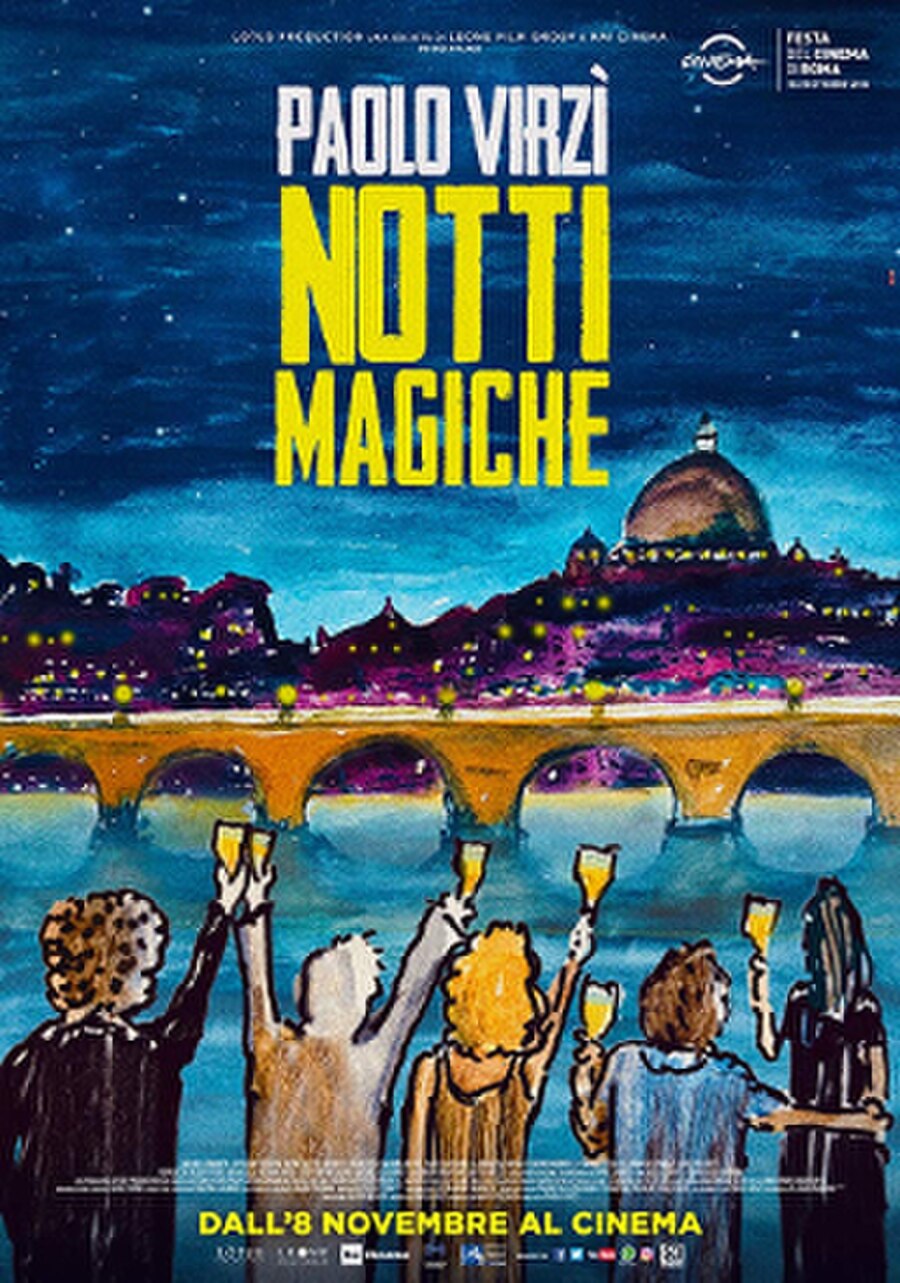 Notti magiche (Magical Nights) is an Italian comedy film directed by Paolo Virzì, an homage to the season of the Italian-style comedy.

On 3 July 1990, during the semi-final between Italy and Argentina at the 1990 FIFA World Cup, a film producer is found dead in the Tiber and three young aspiring screenwriters are the main suspects in the murder. During a night in the barracks, their sentimental and ironic journey is traced, describing the splendour and misery of a glorious period of the Italian cinema that is slowly fading away.