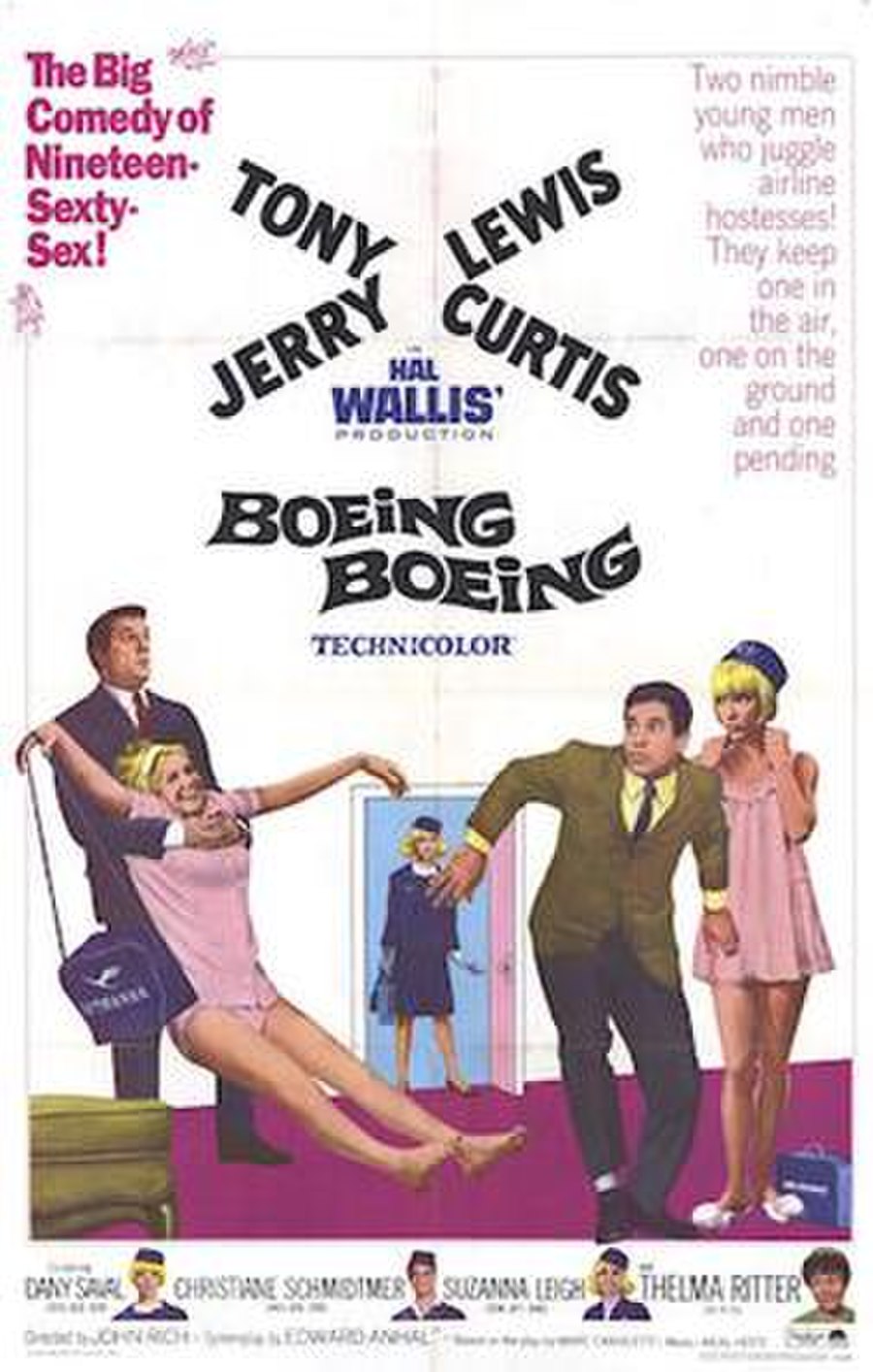 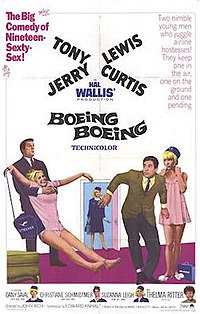 Boeing (707) Boeing (707) (alternately titled Boeing Boeing) is a 1965 American bedroom farce comedy film based on the 1960 French play Boeing-Boeing and starring Tony Curtis and Jerry Lewis. Released on December 22, 1965, it was the last film that Lewis made for Paramount Pictures, which had produced all of his films since My Friend Irma (1949). It was remade in Malayalam in 1985 with the same title.

Bernard Lawrence is an American journalist stationed in Paris. A playboy, he has devised an ingenious system for juggling three girlfriends: he dates flight attendants who are assigned to international routes on non-intersecting flight schedules so that only one is in the country at any given time. He has their routes detailed with such precision that he can drop off his British United Airways girlfriend for her outgoing flight and pick up his inbound Lufthansa girlfriend on the same trip to the airport, while his Air France girlfriend is in a holding pattern elsewhere.