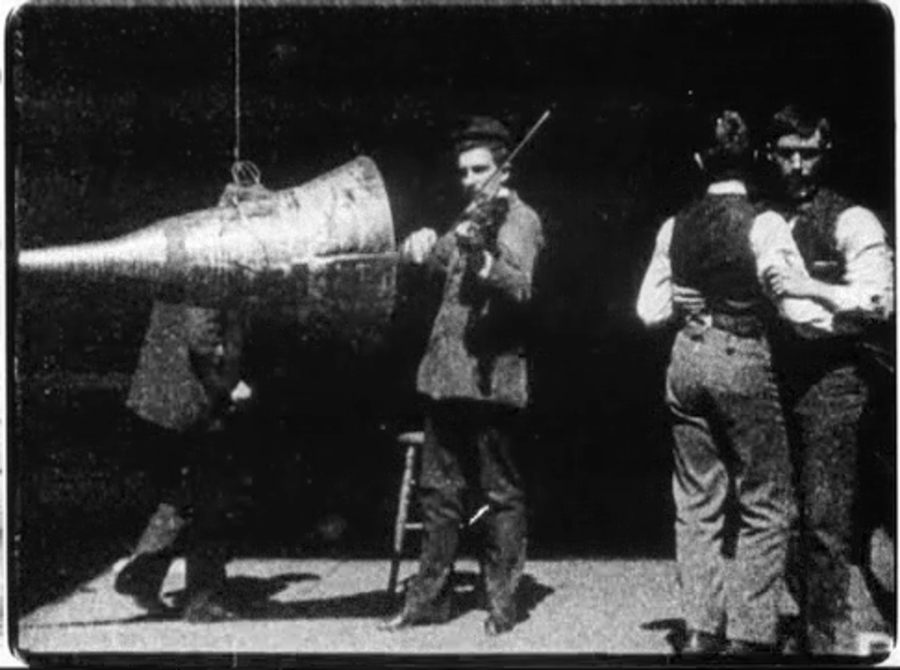 The Dickson Experimental Sound Film is a film made by William Dickson in late 1894 or early 1895. It is the first known film with live-recorded sound and appears to be the first motion picture made for the Kinetophone, the proto-sound-film system developed by Dickson and Thomas Edison. (The Kinetophone, consisting of a Kinetoscope accompanied by a cylinder-playing phonograph, was not a true sound-film system, for there was no attempt to synchronize picture and sound throughout playback.) The film was produced at the "Black Maria", Edison's New Jersey film studio. There is no evidence that it was ever exhibited in its original format. Newly digitized and restored, it is the only surviving Kinetophone film with live-recorded sound.