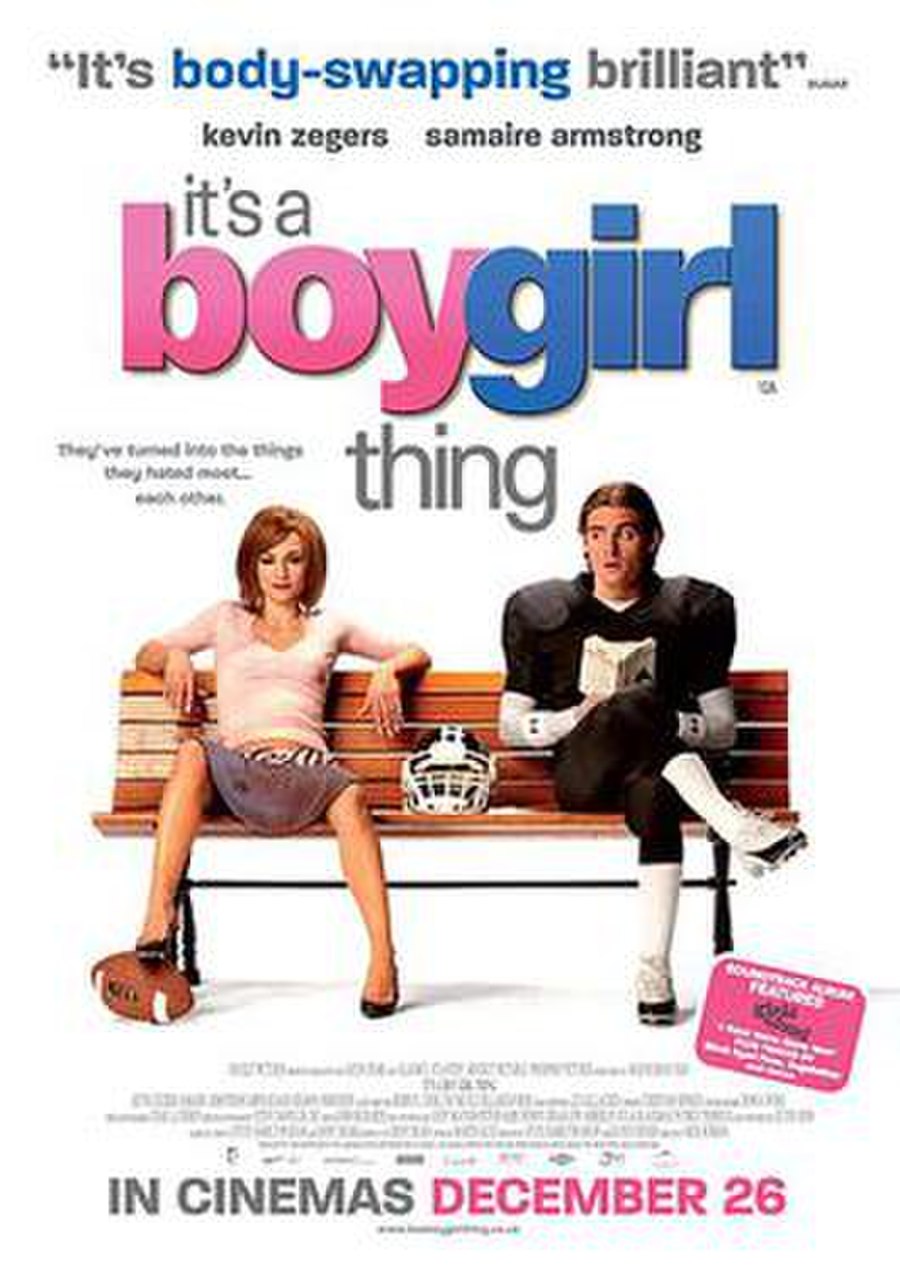 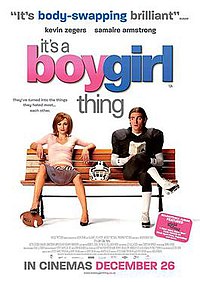 It's a Boy Girl Thing is a 2006 romantic comedy film directed by Nick Hurran and written by Geoff Deane, starring Kevin Zegers and Samaire Armstrong and set in the United States but produced in the United Kingdom. The producers of the film are David Furnish, Steve Hamilton Shaw of Rocket Pictures and Martin F. Katz of Prospero Pictures. Elton John serves as one of the executive producers.

Woody Deane (Kevin Zegers) and Nell Bedworth (Samaire Armstrong) are neighbors and former childhood friends who go to the same high school, but are otherwise completely different. Woody is a popular varsity football player while Nell is a girl who loves literature but lacks social skills. They loathe each other and are constantly in dispute. One day their class goes on a school trip to a museum and they are forced to work together on an assignment. They quickly begin arguing in front of a statue of the ancient Aztec god Tezcatlipoca. As they argue, the statue casts a spell upon them—causing them to wake up in each other's bodies the next morning. When they arrive at school, they immediately blame each other for the body swap, but agree to pretend to be the other person until they can find a way to switch back. At first, they seem to succeed, but quickly return to arguing when they each feel the other is misrepresenting them in the opposite body, such as Woody (in Nell's body) answering a question oddly and surprising a teacher.