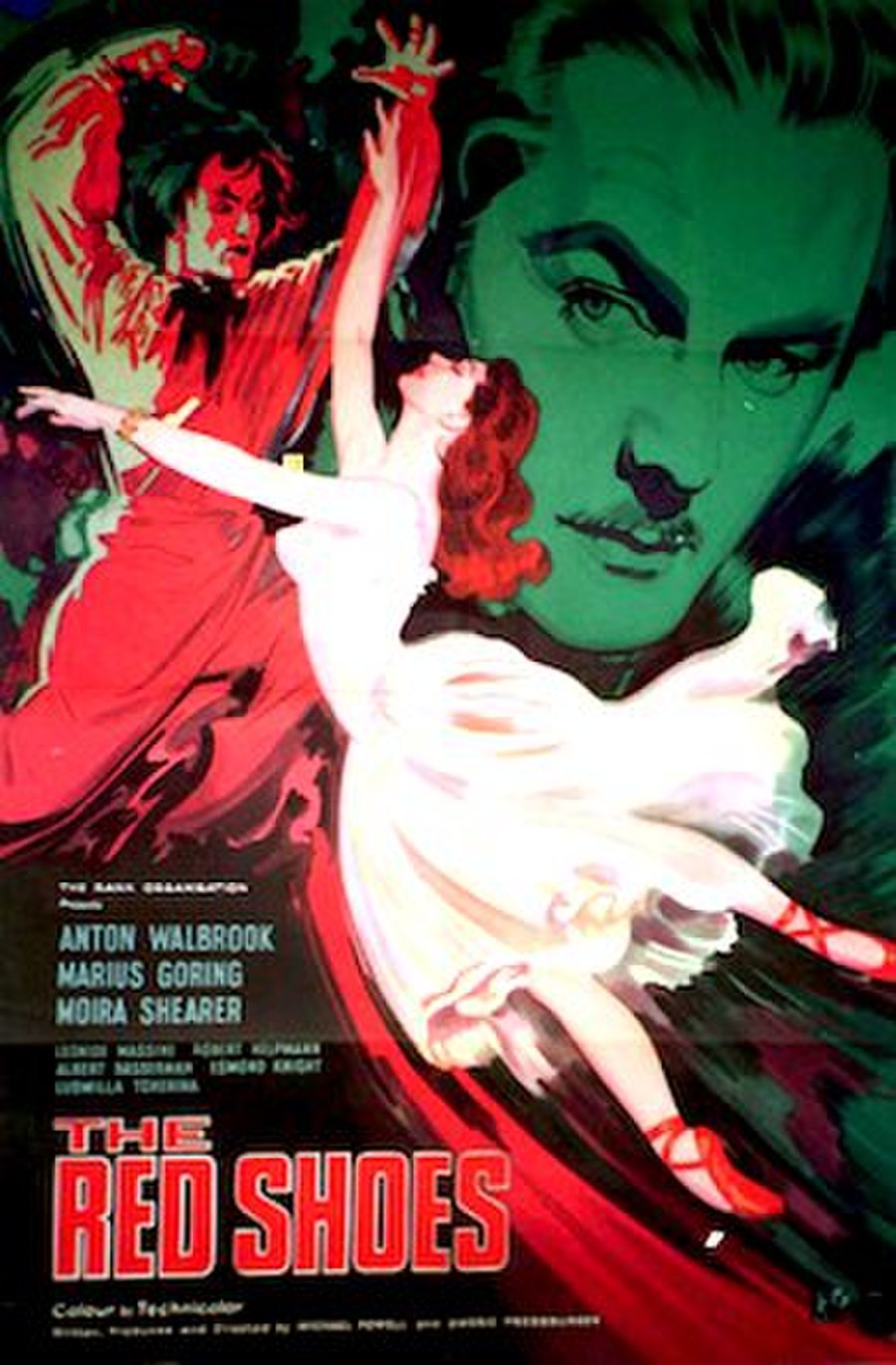 The Red Shoes is a 1948 British drama film written, directed, and produced by Michael Powell and Emeric Pressburger, and starring, in the same order as the movie's opening credits, Anton Walbrook, Marius Goring and Moira Shearer. It follows the beautiful Victoria Page, played by Moira Shearer, the ballerina who joins the world renowned Ballet Lermontov, owned and operated by Boris Lermontov, played by Anton Walbrook, who ultimately tests her dedication to the ballet, when she must choose between her career and a romance with composer Julian Craster, played by Marius Goring. It marked the feature film debut of Shearer, an established ballerina, and also features Robert Helpmann, Léonide Massine, and Ludmilla Tchérina, other renowned dancers from the ballet world. The plot is based on the 1845 eponymous fairytale by Hans Christian Andersen, and features a ballet within it by the same title, also adapted from the Andersen work.

At a performance by the Ballet Lermontov at Covent Garden Opera House, music student Julian is in attendance to hear the ballet score Heart of Fire, composed by his teacher, Professor Palmer. Separately present is Victoria 'Vicky' Page, a young, unknown dancer from an aristocratic background, with her aunt, Lady Neston. As Heart of Fire progresses, Julian recognises the music as one of his own compositions. During the performance, Professor Palmer receives an invitation to an after-ballet party at Lady Neston's residence, also asking Boris Lermontov, the company impresario, to attend. Julian leaves the performance in disillusionment at his professor's plagiarism of his music. Lermontov and Vicky meet, and he invites her to a rehearsal of the company.