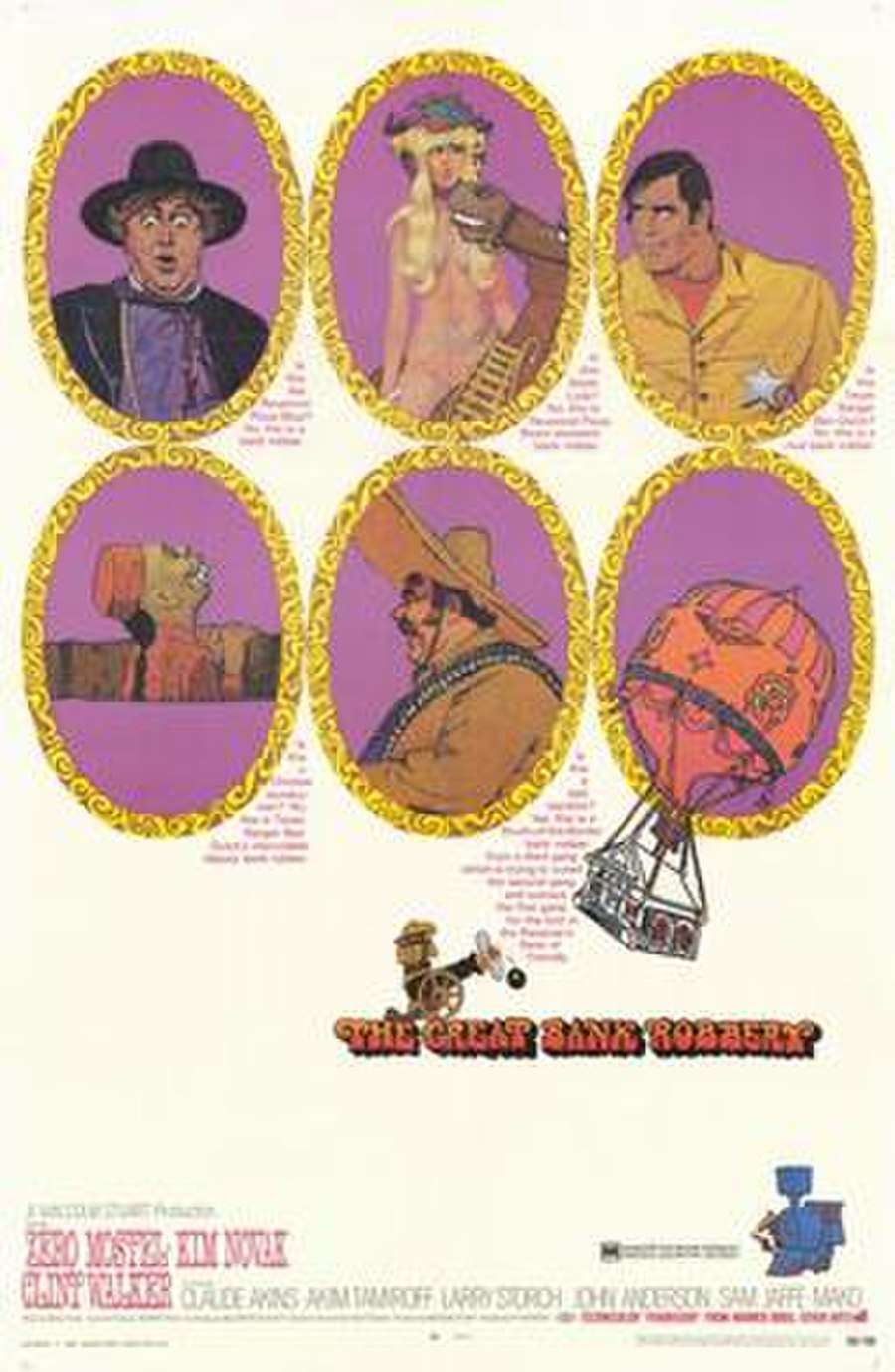 The Great Bank Robbery is a 1969 Western comedy film from Warner Bros. directed by Hy Averback and written by William Peter Blatty, based on the novel by Frank O'Rourke. The movie had a soundtrack with songs by Jimmy Van Heusen.

Gold stolen by outlaws is stashed in the impenetrable bank of Friendly, a small town in Texas. A preacher, Rev. Pious Blue, is actually a thief. He and his associates, including partner Lyda Kebanov, plan to tunnel into the vault and blow it up with TNT, just as a Fourth of July celebration drowns out the noise.