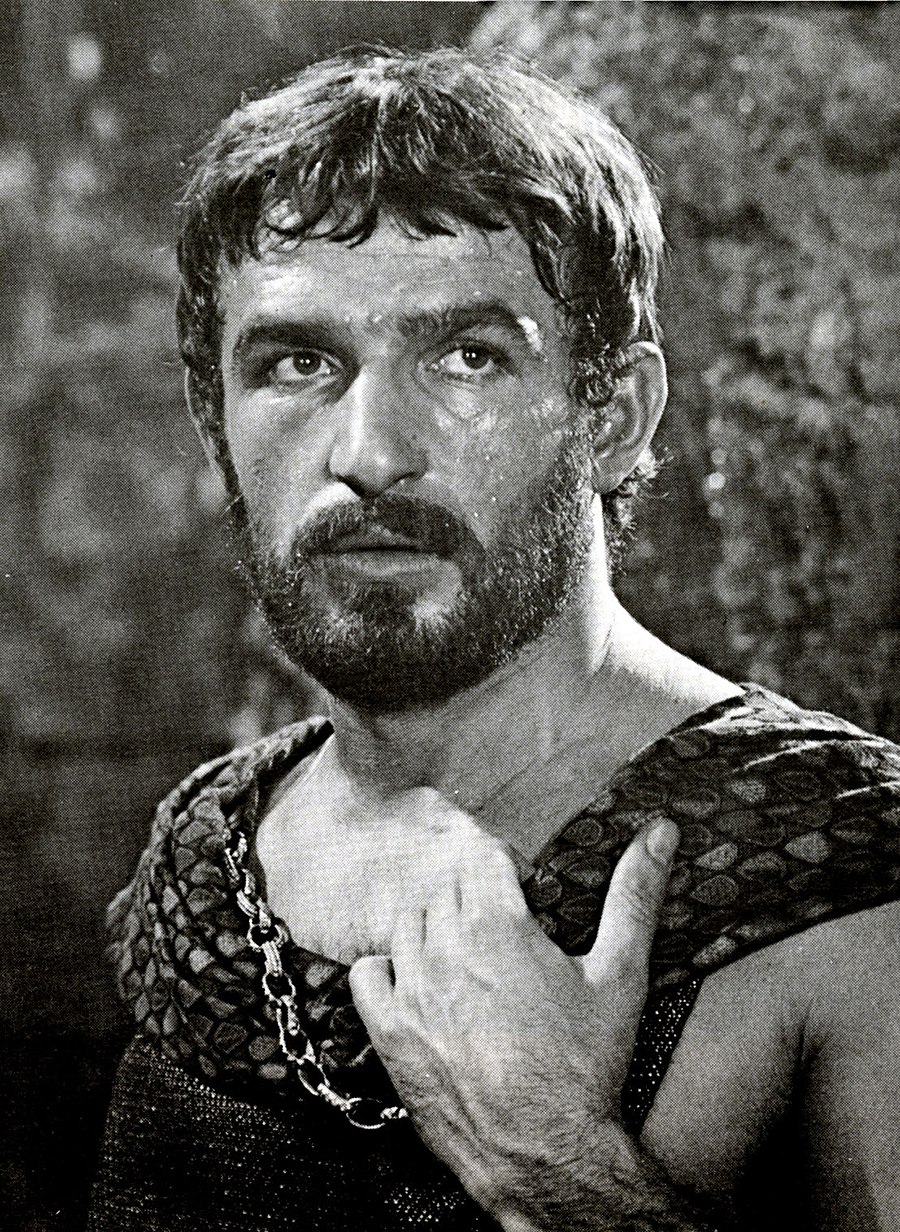 L'Odissea was a European TV miniseries broadcast on RAI (Italian state TV) in 1968 and based on Homer's Odyssey. An Italian, Yugoslavian, German and French (Radiodiffusion-Télévision Française) coproduction, it was directed by Franco Rossi, assisted by Piero Schivazappa and Mario Bava; the cast included Bekim Fehmiu as Ulysses and Irene Papas as Penelope, Samson Burke as the Cyclops, as well as Barbara Bach as Nausicaa, and Gérard Herter (of Caltiki fame). The movie is considered by several critics a masterpiece representation of the ancient world.

Athena, happy that King Ulysses is close to returning to his native island Ithaca, located to the west of Greece, under the guise of King Mind, arrives in Ithaca to make sure that Ulysses' return is pleasant. Unfortunately it is not so: although welcomed with respect by the twenty year old Prince Telemachus, Mind discovers that the palace of the king of Ithaca is besieged by numerous arrogant nobles of the region, the suitors, who anxiously wait for Queen Penelope to decide to take a new husband between them, supposing that Ulysses died since twenty years have passed since his departure for Troy, looting without reserve the cellar and the pantry of the palace. Penelope tries to take time by declaring to the processors that she must weave a canvas in honor of her father-in-law Laertes, but with this pretext every night she undoes it and starts it again the next morning.