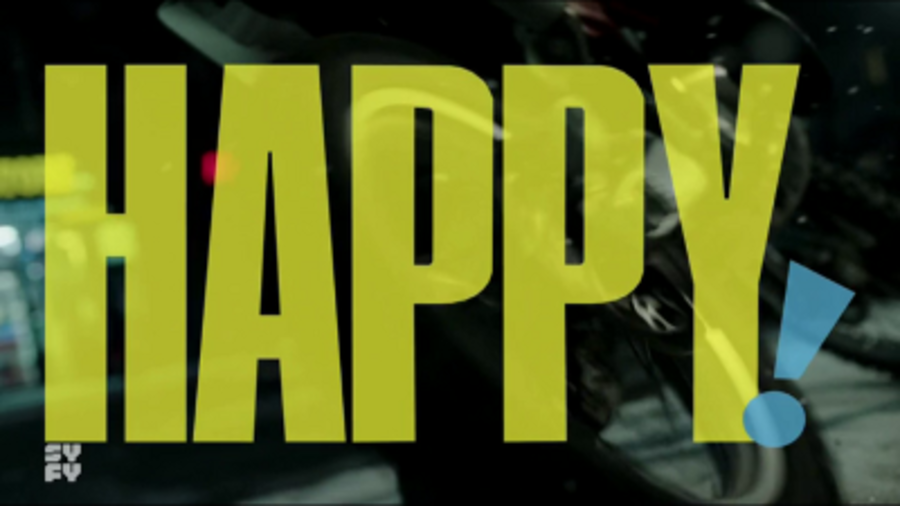 Happy! is an American live-action/adult animated black comedy/action-drama television series based on the four-issue comic book series of the same name created by writer Grant Morrison and artist Darick Robertson, with Brian Taylor serving as director for a majority of the episodes (seven of the first eleven).

Disgraced police detective Nick Sax (Christopher Meloni) lives as a social outcast, filling his days with heavy drinking and substance abuse, moonlighting as a hitman to feed his various habits. After sustaining a massive heart attack, Nick comes into contact with a small, blue, winged unicorn named Happy (an animated character voiced by Patton Oswalt) that apparently only he can see. Happy explains he is the imaginary friend of a little girl named Hailey, who has been kidnapped by a deranged man dressed as Santa Claus ("Very Bad Santa"). Happy reveals that Hailey is Nick's estranged daughter and sought Nick's aid, believing him to be the hero cop that Hailey envisioned him to be. Though skeptical at first, Nick reluctantly agrees and the two work to save Hailey. The events of their search slowly begin to reveal the existence of a massive, global conspiracy involving child trafficking, sex cults, aliens, ancient gods, and the apocalypse.