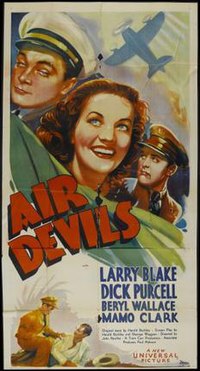 Set in the island of Taro Pago in the years before World War II, two former Marine pilots, John P. "Horseshoe" Donovan (Larry J. Blake) and Percy "Slats" Harrington (Dick Purcell), are hired as air "constables" (constabularies) to keep order on the remote Pacific island. Both friends vie for the attentions of Marcia Bradford (Beryl Wallace) and, through a series of misadventures, find that neither will win out.