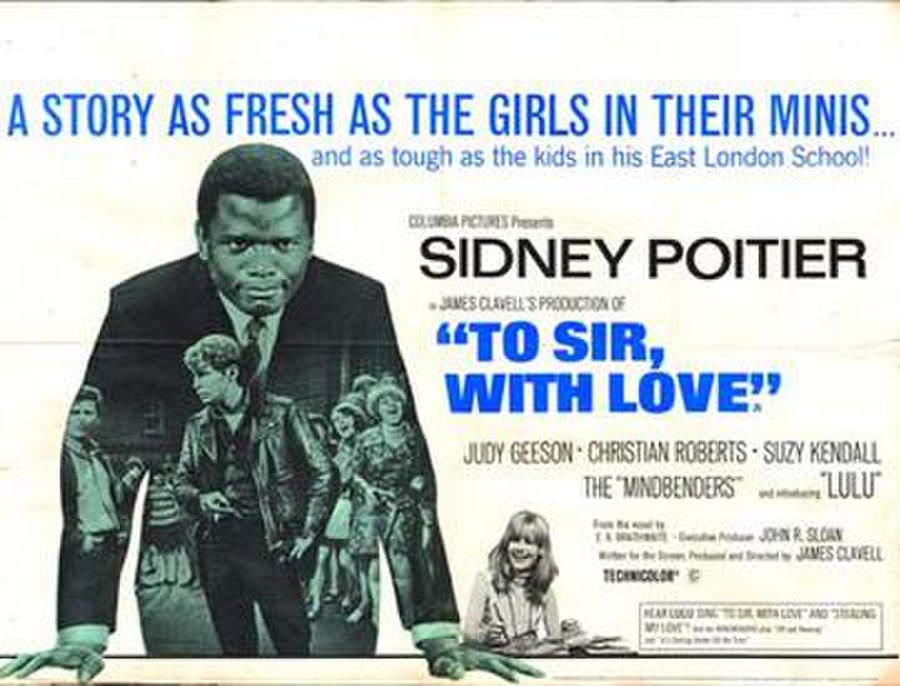 To Sir, with Love is a 1967 British drama film that deals with social and racial issues in an inner city school. It stars Sidney Poitier and features Christian Roberts, Judy Geeson, Suzy Kendall and singer Lulu making her film debut. James Clavell directed from his own screenplay, which was based on E. R. Braithwaite's 1959 autobiographical novel of the same name.

Mark Thackeray, an immigrant to Britain from British Guiana via California, must wait a long period to hear about an engineering job he applied for. He accepts a teaching post at North Quay Secondary School in the tough East End of London, as an interim position.