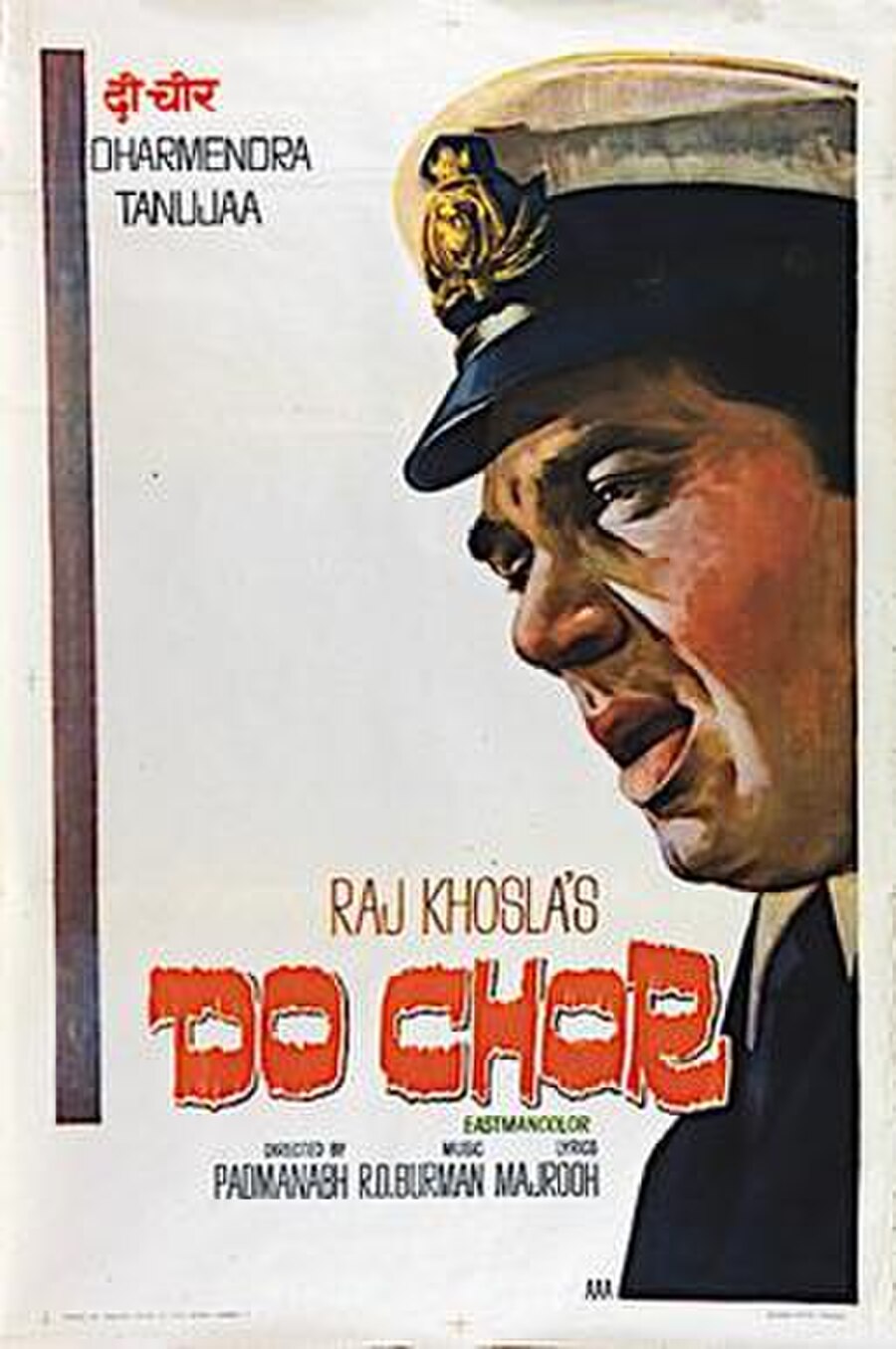 Do Chor is a 1972 Hindi film produced by Raj Khosla and directed by Padmanabh. It stars Dharmendra, Tanuja, Shobhana Samarth, K.N. Singh and Jalal Agha. The music is by R.D. Burman and the lyrics by Majrooh Sultanpuri. The film did well at the box office.

A series of mysterious burglaries take place at the homes of four wealthy men. The burglar takes a single piece of jewellery from each of the men, but not touching the cash and other jewellery, and leaving the calling card of a swastika. The police suspect Tony (Dharmendra) generally known in the community as a thief, but he claims innocence. He tries to find out who the real burglar is and catches Sandhya (Tanuja) stealing from one of the wealthy men. She tells him that she is taking back what is really her inheritance, as these items belong to her mother (Shobhana Samarth) since these four men swindled her mother after her father's death. Her mother is now in a mental institution. Tony and Sandhya fall in love. He helps her recover all of her items and put the wealthy men behind bars. Sandhya's mother is well again. Tony and Sandhya promise to start a life together after they finish their respective short jail stints.