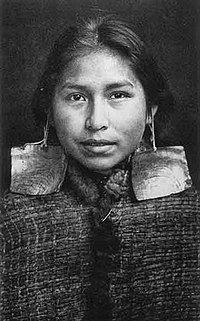 In the Land of the Head Hunters (also called In the Land of the War Canoes) is a 1914 silent film fictionalizing the world of the Kwakwaka'wakw peoples of the Queen Charlotte Strait region of the Central Coast of British Columbia, Canada, written and directed by Edward S. Curtis and acted entirely by Kwakwaka'wakw native people.

The following plot synopsis was published in conjunction with a 1915 showing of the film at Carnegie Hall: