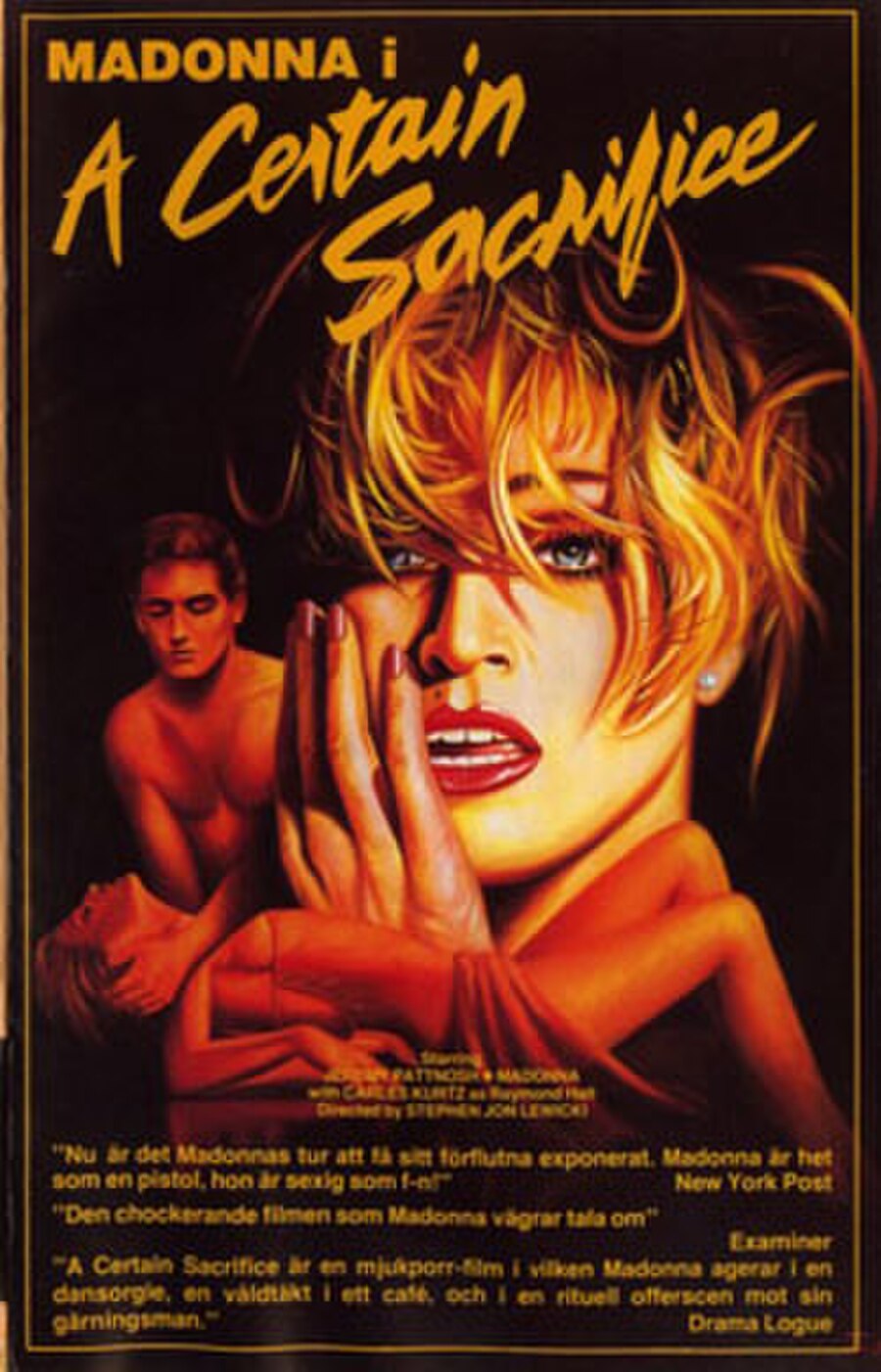 A Certain Sacrifice is a 1985 American drama film co-written and directed by Stephen Jon Lewicki and starring Madonna, Jeremy Pattnosh and Charles Kurtz. It was Madonna's first movie, filmed around September 1979, but not released until 1985.

Madonna plays the part of Bruna, a Lower East Side resident who lives with three "love slaves" (one male, one female, one transgender). Bruna meets Dashiell (Pattnosh) in the water fountain in Washington Square Park and the two "fall in love". Bruna later tells her lovers she does not need them anymore, resulting in them attacking her sexually; this scene caused controversy, as Madonna is topless. Later, Bruna is raped by Raymond Hall (Kurtz) in a bathroom at a coffee shop. To exact retribution, Bruna enlists her love slaves and Dashiell to abduct the rapist. They dress up as prostitutes and lure him into a limousine. They lead him to a theatre where a Satanic sacrifice is performed. Dashiell later wipes Raymond's blood all over Bruna.