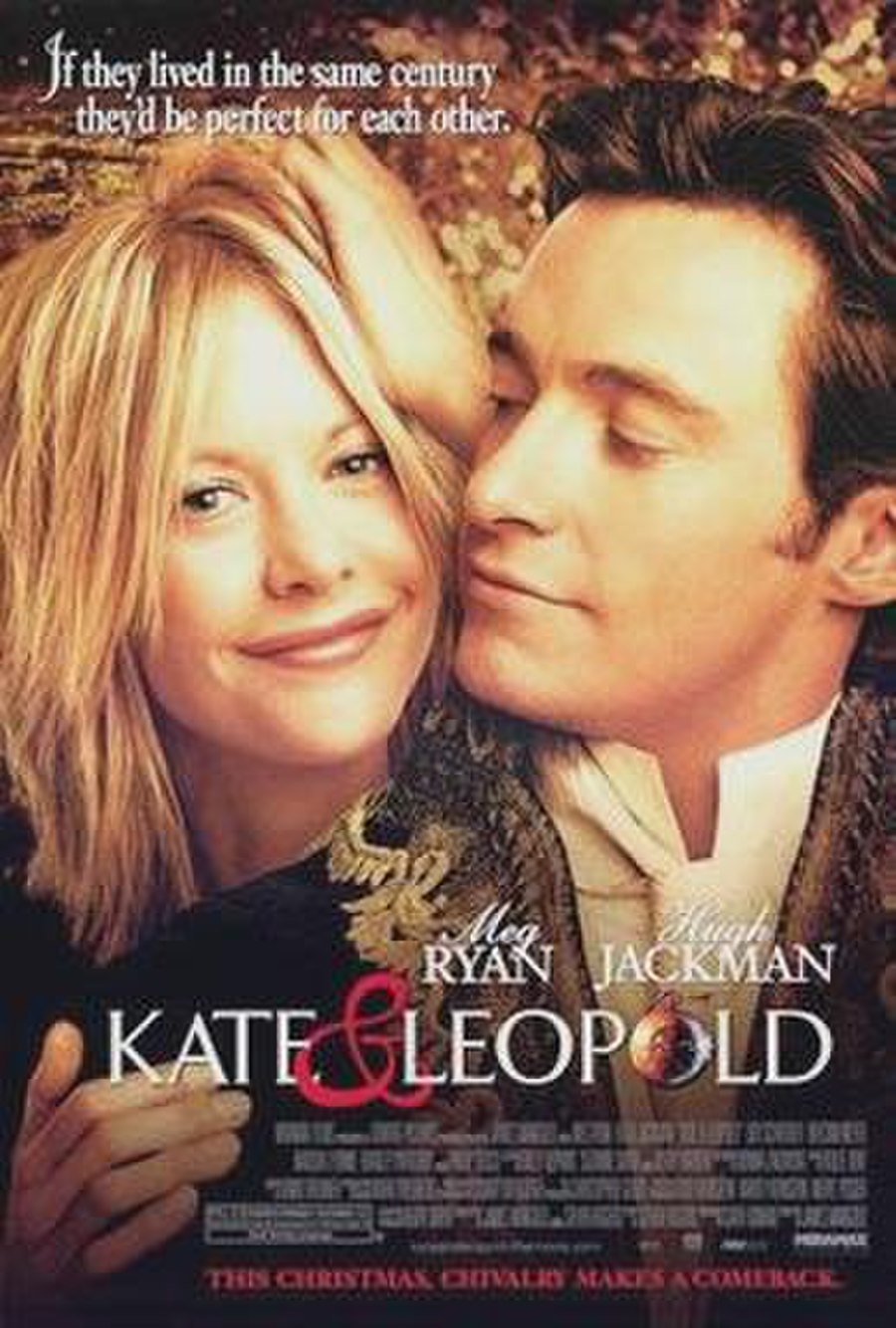 Kate & Leopold is a 2001 American romantic-comedy fantasy film that tells a story of a physicist by the name of Stuart (Liev Schreiber), who accidentally pulls his great‑great‑grandfather, Leopold (Hugh Jackman), through a time portal from 19th‑century New York to the present, where Leopold falls in mutual love with Stuart's ex‑girlfriend, Kate (Meg Ryan).

On 28 April 1876, Leopold, His Grace the 3rd Duke of Albany, is a stifled dreamer. He has created a design for a primitive elevator, and has built a small model of this device. His strict Uncle Millard has no patience for what he sees as Leopold's frivolous interest in the sciences and new inventions, having brought him to New York City in order to marry a wealthy American heiress, as the Mountbatten family is heavily indebted.