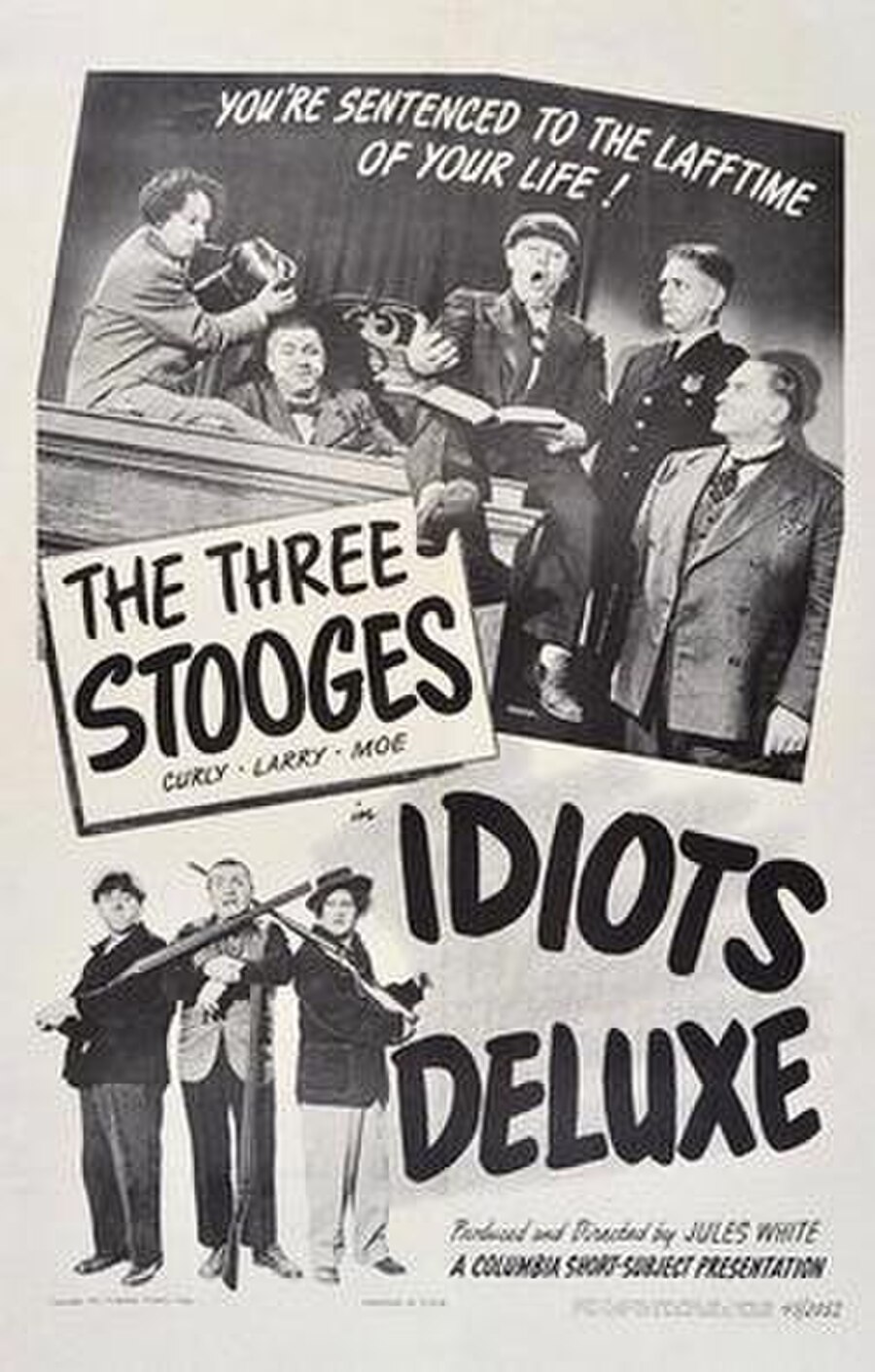 Idiots Deluxe is a 1945 short subject directed by Jules White starring American slapstick comedy team The Three Stooges (Moe Howard, Larry Fine and Curly Howard). It is the 85th entry in the series released by Columbia Pictures starring the comedians, who released 190 shorts for the studio between 1934 and 1959.

Moe is on trial for assaulting Larry and Curly. Moe appeals to the judge (Vernon Dent), claiming he is a sick man who was instructed by his doctor to maintain peace and quiet. This peace is broken by Larry and Curly who are loudly rehearsing their "The Original Two-Man Quartet" routine. Moe cracks, and wraps Curly's trombone slide around the quartet's necks. Realizing Moe is in bad shape, Larry and Curly decide to take their ailing leader on a hunting trip to relieve his stress. Moe agrees, and the Stooges start packing.