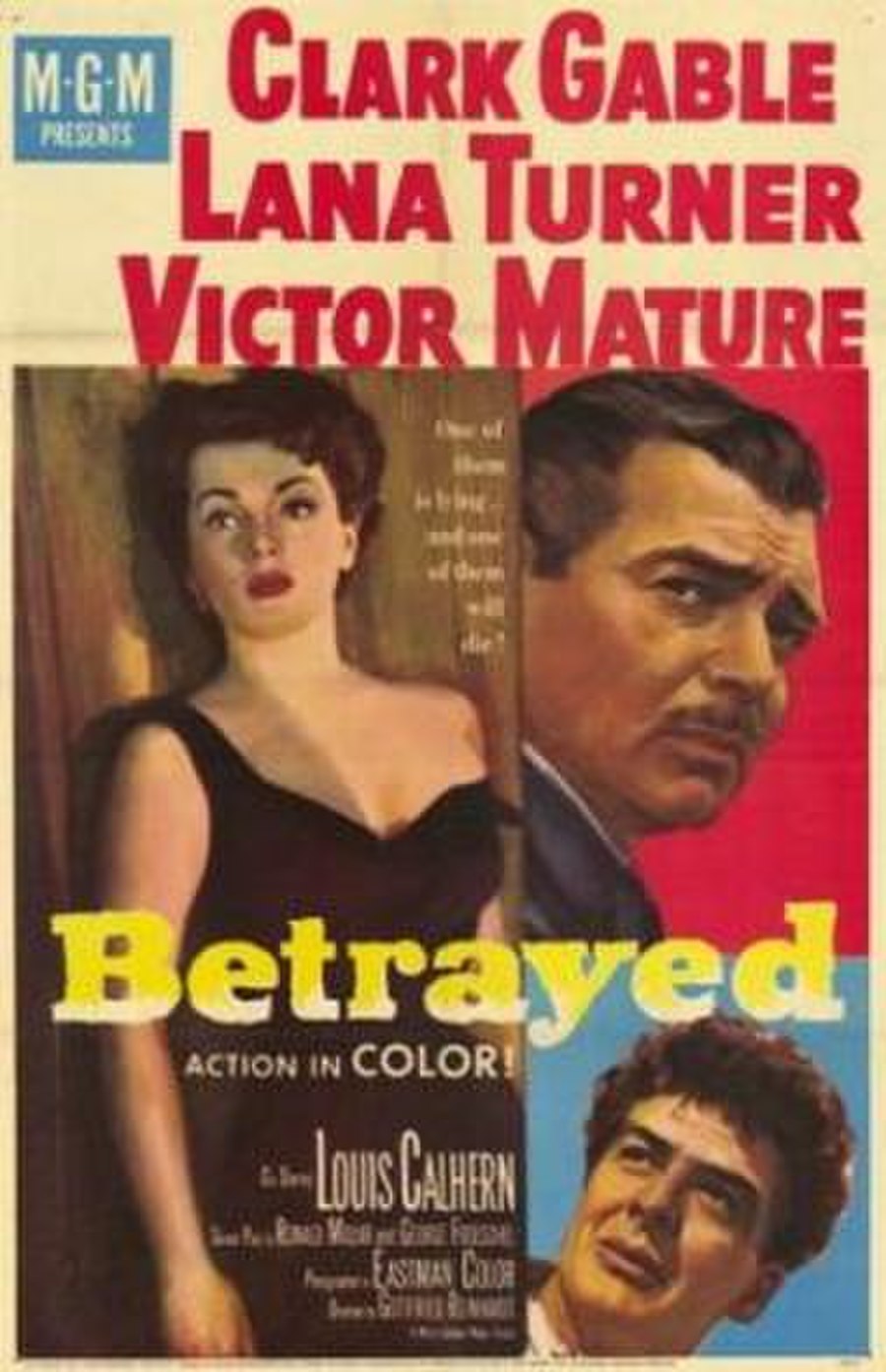 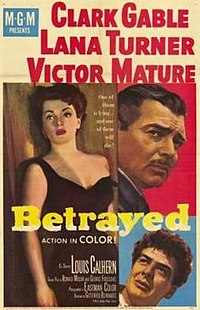 Betrayed is a 1954 Eastmancolor war drama film directed by Gottfried Reinhardt from a screenplay by Ronald Millar and George Froeschel, and starring Clark Gable, Lana Turner, Victor Mature, and Louis Calhern. The musical score was by Walter Goehr and Bronislau Kaper, and the cinematography by Freddie Young. The picture, Gable's last for Metro-Goldwyn-Mayer, was filmed on location in the Netherlands and England, and was based on the story of turncoat Dutch resistance leader Christiaan Lindemans, also known as "King Kong". The supporting cast features O. E. Hasse, Wilfrid Hyde-White, Ian Carmichael, Niall MacGinnis, and Theodore Bikel. Betrayed was the fourth and final movie in which Gable played opposite Turner, and their third pairing set during World War II. (They played comrades, not simply lovers, in all three war films.)

Betrayed is an espionage thriller set in the Nazi-occupied Netherlands during World War II, and revolves mostly around the Dutch resistance movement.