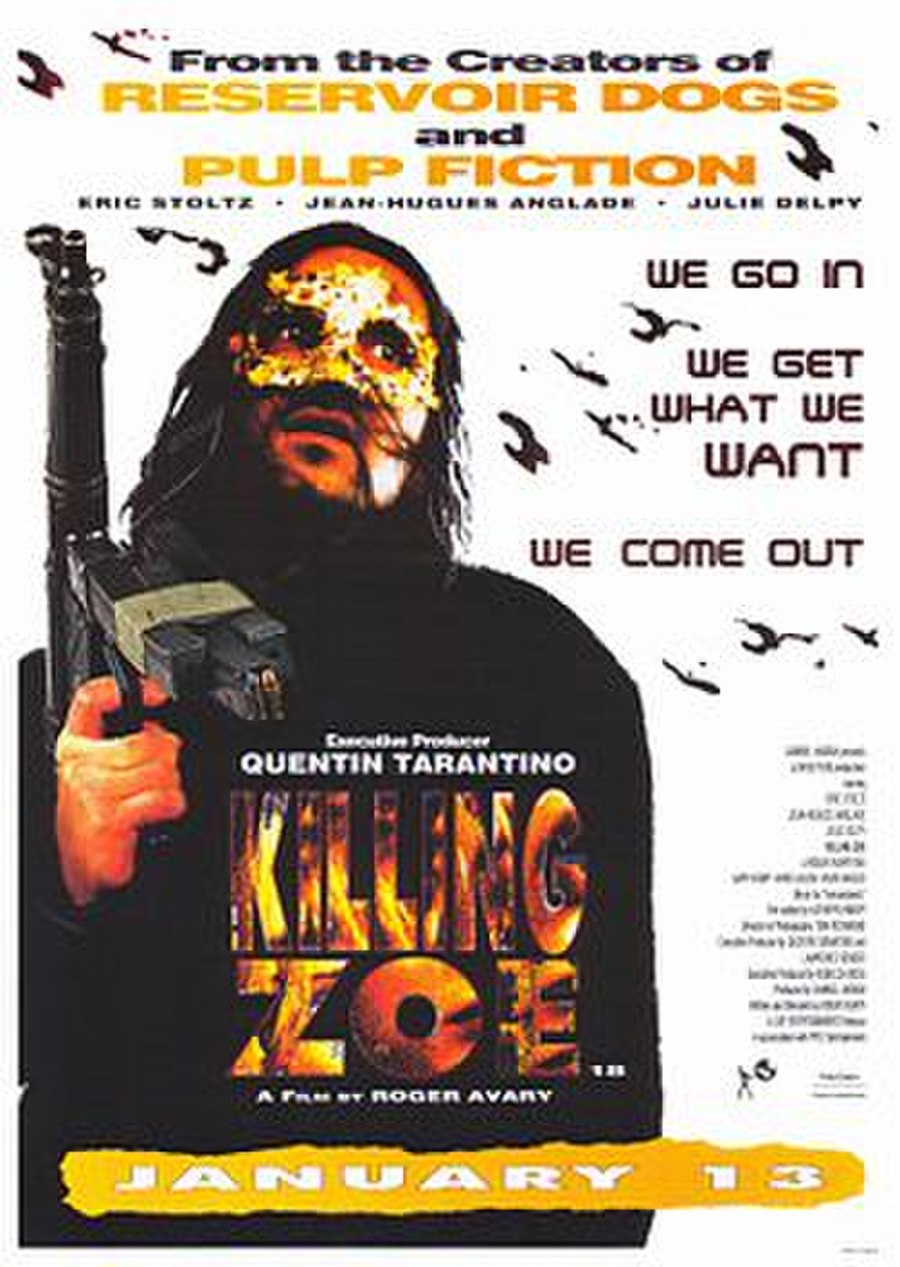 Killing Zoe is a 1994 American-French crime film written and directed by Roger Avary and starring Eric Stoltz, Jean-Hugues Anglade and Julie Delpy. The story details a safe cracker named Zed who returns to France to aid an old friend in performing a doomed bank heist. Killing Zoe is regarded as a respected "cult" favorite and has been labeled by Roger Ebert as "Generation X's first bank caper movie." In 2019, Avery directed the semi-sequel Lucky Day.

Professional safe-cracker Zed comes to Paris to help a childhood friend, Eric, with a bank heist. In the cab on the way to his hotel room, the cabbie obtains a prostitute for him. He arrives at his hotel room and is soon greeted by the prostitute, Zoe, who also confides that she is studying art, and has a "very boring" day job. After having sex, they talk with each other amicably, then fall asleep. Their reverie is soon interrupted when Eric barges in and brusquely sends Zoe out of the room, so the two men can get on with their business.