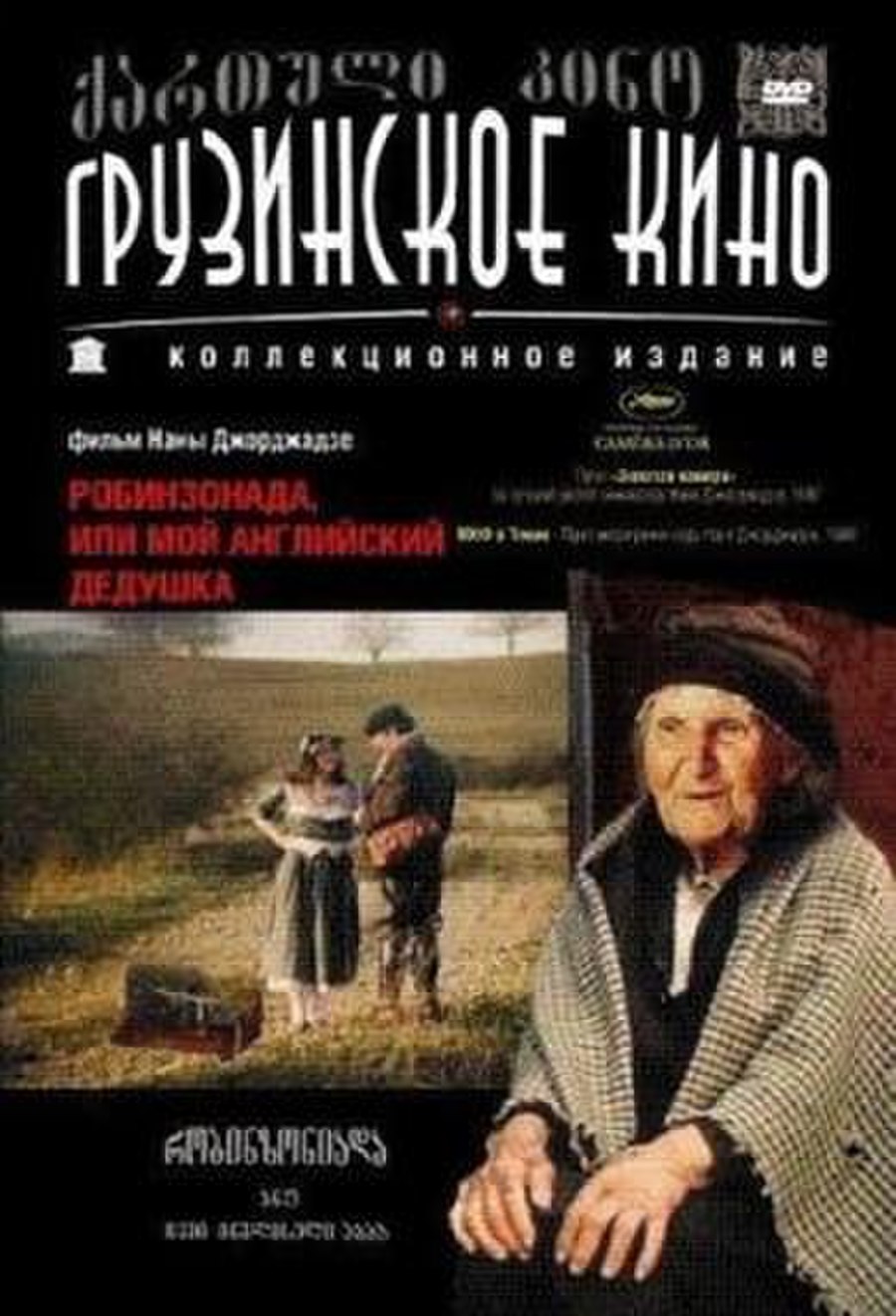 Robinsonada or My English Grandfather 1986

Robinsonada or My English Grandfather (; ; also known as Robinson Crusoe in Georgia) is a 1987 Georgian comedy film directed by Nana Djordjadze. It was screened in the Un Certain Regard section at the 1987 Cannes Film Festival, where it won the Caméra d'Or.

In early 20th century Georgia, in a distant Georgian village, a worker appears from the English telegraph company Hughes. He faithfully takes care of telephone poles, likes to box, and stands for the honor of women and his homeland. Then, he falls in love with the most beautiful woman in the village, having become an enemy to her brother, a Bolshevik. Love inspires the Englishman, and he remains in Georgia even after all Hughes employees have been recalled home. Frustrated with insults to his country made by the Bolsheviks, the man is enraged and destroys a Bolshevik banner. He is then forced to flee his property, to the three meter territory of a telephone pole, which was purchased by the British government. In these three meters he will live in expectation of love, and, as in turns out, his own senseless death.