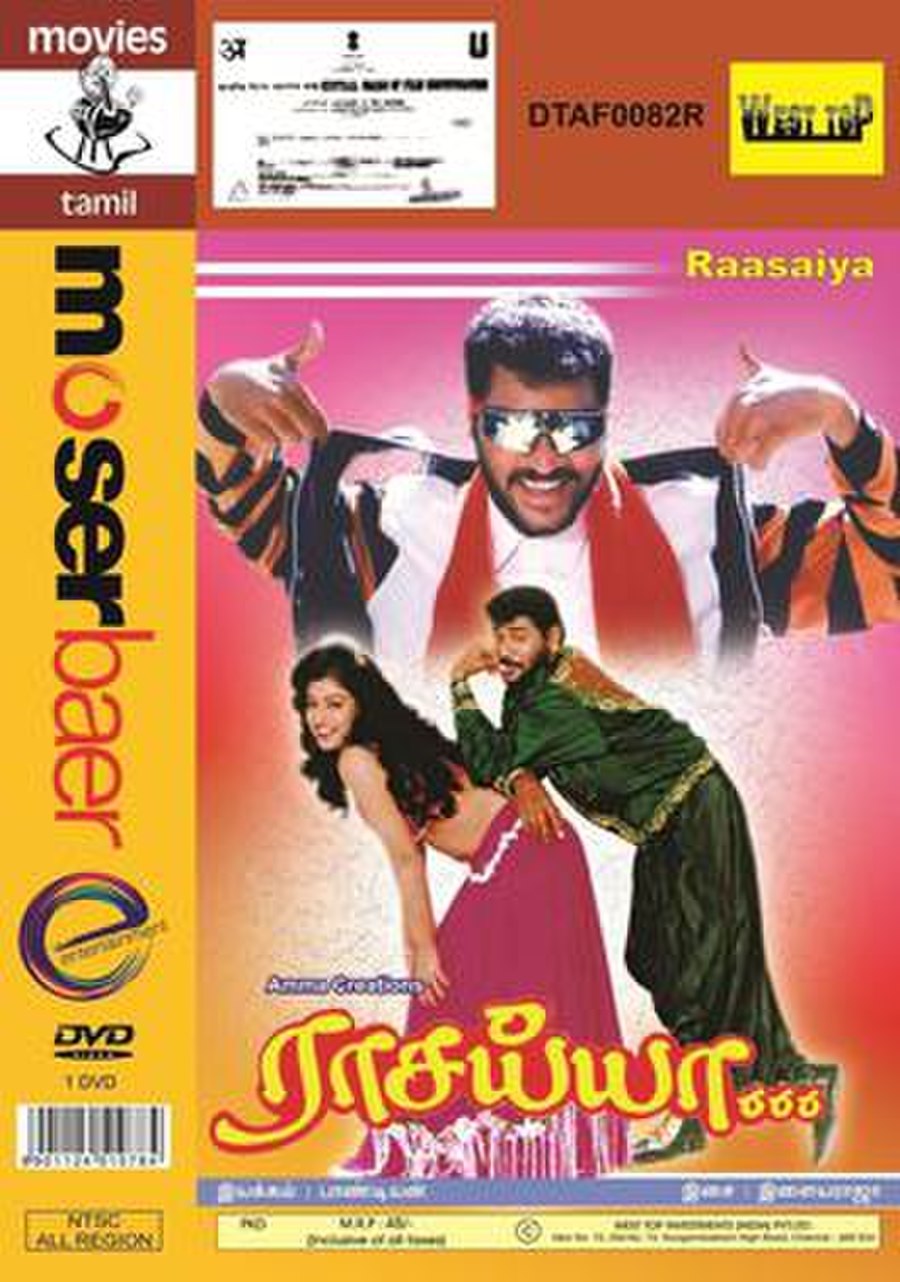 Rasaiya is a 1995 Indian Tamil-language comedy drama film directed by debutant Yaar Kannan and produced by T. Siva, starring Prabhu Deva and Roja played the lead roles. After the film's release, it was dubbed into Hindi as Chhaila and in Telugu as Kurradu Baboi. The film revolves around the life struggle and love life of the character played by Prabhu Deva.