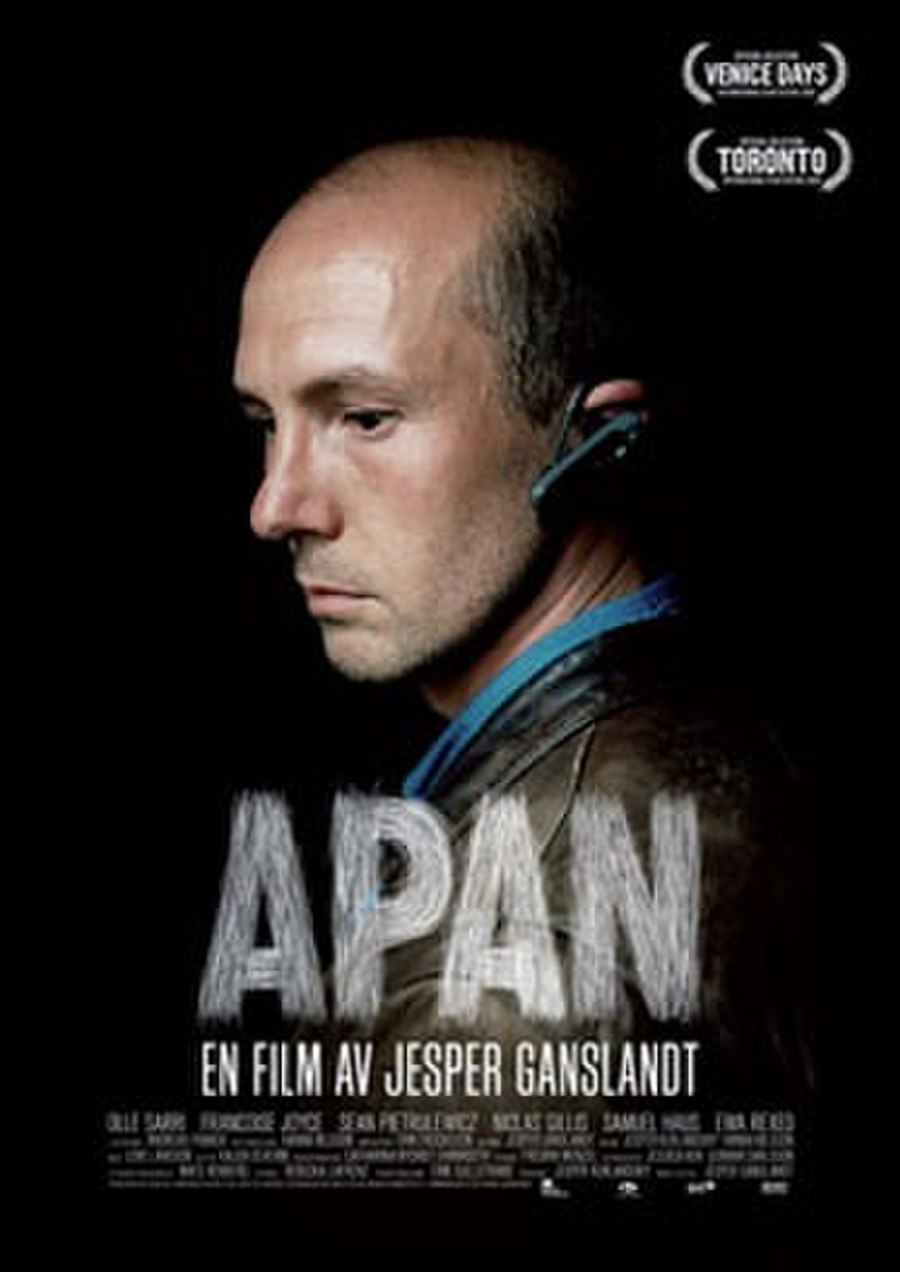 The Ape is a 2009 Swedish drama film directed by Jesper Ganslandt. It is Ganslandt's second feature film, following Falkenberg Farewell from 2006. Inspired by British director Mike Leigh, the film uses an unconventional method where the lead actor, Olle Sarri, wasn't allowed to read the script. Instead he was led to locations and instructed before the filming of each scene, unaware of the full plot until filming was completed. The title comes from an anecdote composer Erik Enocksson once told the director, where he while travelling on a packed bus suddenly got the feeling that all people around him were apes.